Posted in Cameras by Conner Flynn on February 21st, 2011 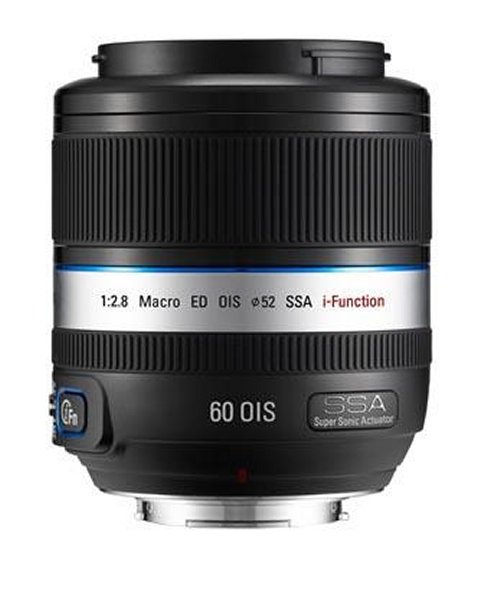 Samsung is launching five new lenses for its NX Series of mirror-less cameras, bringing the number of lenses to 10 for that system. These lenses will feature Samsung’s i-Function that allows the user use one physical control to set various parameters of the camera. For example, if you like taking photos without using a flash, Samsung has a few “fast” lenses: the 16mm f2.4 pancake, the 60mm f2.8 and the 85mm f1.4. That last is great for taking portraits indoors.

There’s why it doesn’t cause dizziness, because you can’t take your eyes off of those cute gals on either side. I’m assuming that’s the reason, anyway. Samsung has demonstrated its latest 3D Smart TV in Korea. It comes with a variety of interactive features and media accessible via Samsung’s Smart HUB. This allows you to enjoy VOD content, use Skype or GTalk, YouTube and will also give you access to any of your media on external devices or on your network (DLNA).

And you can control your TV viewing experience directly from your Samsung Android Smartphone or your GalaxyTab Tablet. Sounds like a winner to us already, but it gets even better. Samsung has announced that this TV will feature new 3D glasses with Active shutter, which have been improved to reduce dizziness and eye fatigue. Which likely means that headaches will be reduced as well. 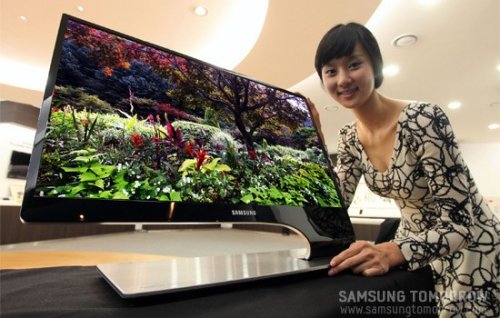 You and I have simple dreams. Pay the bills, take care of kids, watch some good TV, maybe go out and have fun once in a while. Folks like Samsung have bigger hopes and dreams, like wanting to sell 10 million 3D TVs this year. That would be up five times from the two million it sold last year, so the goal is ambitious.

LG is keeping it more real, planning to sell 5 million or so. We are guessing they won’t reach these numbers as a result of consumer demand for 3D, but more likely because almost all new TVs will be 3D-capable. In the end, they don’t care how they do it, as long as they have the sales and the bragging rights. 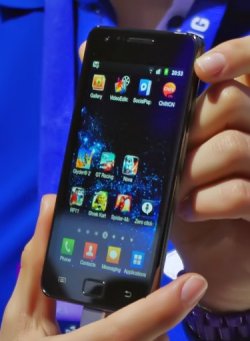 Looks like Samsung may be getting ready to launch a Tegra 2-based version of the Galaxy S II smartphone, for select markets. There are some good reasons to suspect that this is the case. The company has been collaborating with NVIDIA to create a new handset based on Tegra 2, and yet the Galaxy S II was the main focus of its Mobile World Congress unveilings.

Samsung hasn’t officially said that this is the case and the MWC version uses the company’s own dual-core Exynos SoC, but the official specs lists the Samsung SoC as a feature that “may not be applicable in some regions.” So, putting 2 and 2 together, it looks like there will be a Tegra 2 version. 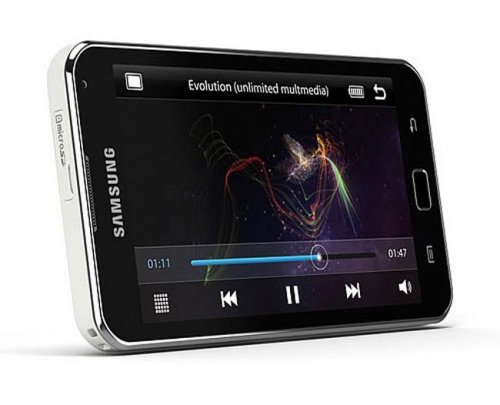 The Samsung Galaxy S WiFi 5.0 has a 5 inch WVGA TFT LCD display, a 1GHz processor, plus a 5.0 megapixel camera with an LED flash, and a VGA camera on the front for your video chat needs. There’s also FM Radio, a voice recorder, an accelerometer, GPS, a digital compass and 802.11 b/g/n Wifi, plus Bluetooth 3.0. 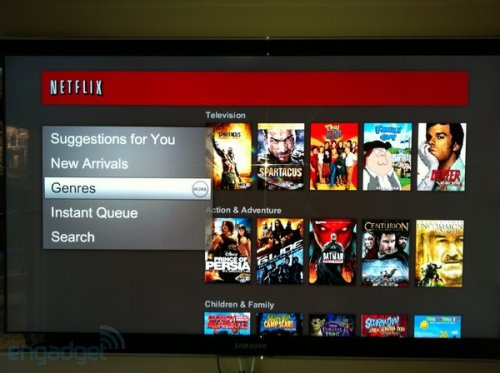 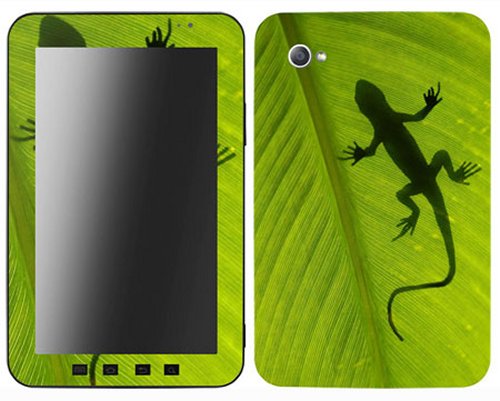 Leaping Lizards on a tablet! Samsung Germany has teamed up with YOUNiik to provide custom body skins to new Galaxy Tab users. The company will give a free custom skin to anyone who bought the Galaxy Tab from January 2011 to March 31, 2011.

Users can choose from up to 1,500 different skins or they can create a custom skin from their personal images. Knowing the Germans I bet there will be a lot of David Hasselhoff skins. Do they still love david Hasselhoff? 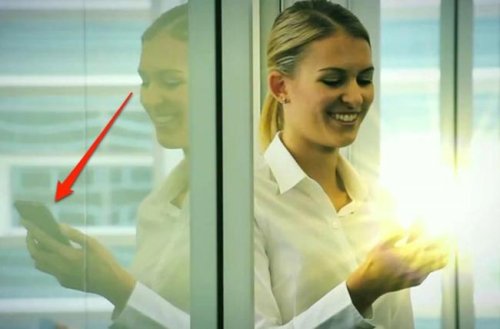 Samsung had announced that they would show off their new dual core Android smartphone at MWC 2011 next week, and now we have some possible specifications on the Samsung Galaxy S2. Those specs include a dual core 1.2GHz Samsung Exynos processor and a 4.3 inch Super AMOLED Plus display.

Other specs include 1GB of RAM and an 8 megapixel camera that can record Full HD video in 1080p and a front facing 1.3 megapixel camera for video chat, built in NFC technology and Bluetooth 3.0. Android 2.3 Gingerbread will be running things. 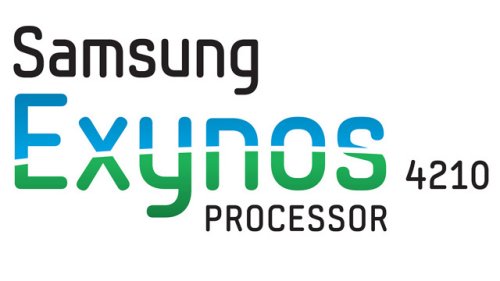 Samsung hasn’t released any specifications on the new Exynos processor, but we know that the model in the new Galaxy S2 will be a 1.2GHz dual core version. Exynos comes from the Greek words ‘smart (exypnos)’ and ‘green (prasinos)’ to associate Samsung’s ‘smart and green’ strategy.

Samsung has announced some new point-and-shoots for your pocket. The PL20 has a 14 megapixel CCD sensor, 27mm wide angle lens, 5x zoom, digital image stabilization, 720p 24fps HD video with Smart Filters. It will arrive in March for $120, in silver, pink, black, and tomato red.

The ES80 sports 12 megapixels, lacks the HD recording and keeps the color options. This one has a release date for one month later for $20 less. If either of these are for you, they will arrive soon enough so save your dough.

Europe may not have Netflix, but they have an equivalent called Lovefilm. You might remember that Amazon recently bought the company. Well, now Lovefilm is in the news once again.

Samsung has announced its intententions to include Lovefilm movie streaming as an app on all of its Blu-ray players in the UK. This will enhance both the subscription service’s profile and its own ability to providing the user with multifunctional, “smart” technology. If others start including Lovefilm on their devices, Amazon just may end up owning UK TV screens at some point. 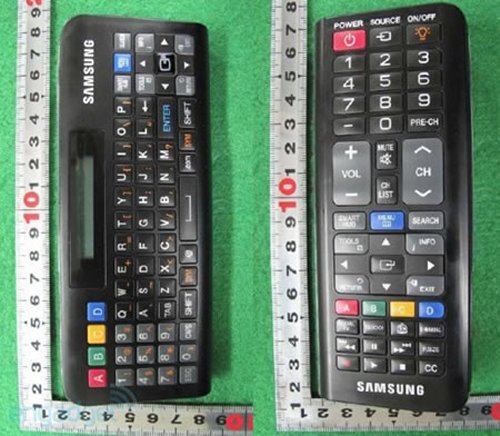 Samsung’s new dual-sided QWERTY remote for its Smart TVs was recently revealed and while they aren’t much to look at, we hope the functionality will be worth it’s fugliness.

The TV side features your standard set of buttons. The QWERTY section is what’s interesting here. It has a display, but we don’t know what it is for yet. We will just have to wait for an official announcement and get more info from Sammy itself. 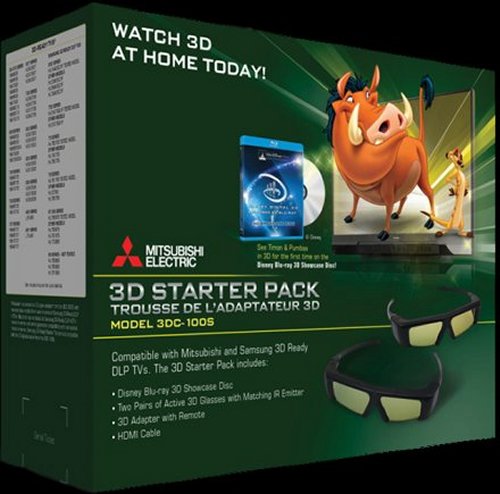 The new 3D starter pack will cost $449.99 and converts all mandatory 3D signal formats prescribed by HDMI 1.4a for display on Mitsubishi and Samsung 3D DLP TVs. 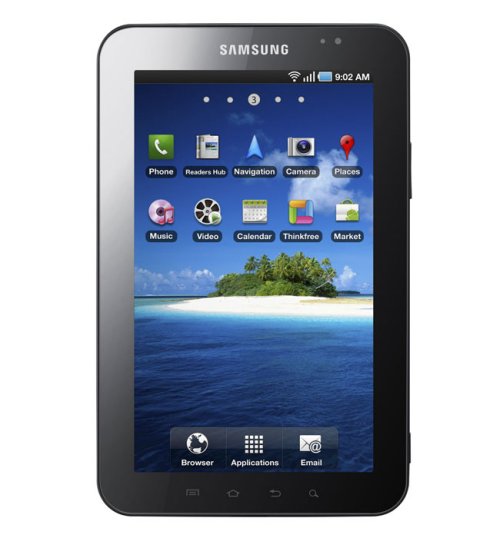 T-mobile will be dropping the price of the Samsung Galaxy Tab tablet from $299.99 to $249.99, according to a leaked document found by the folks at TMO news. The price drop is for customers who are purchasing the Samsung Galaxy Tab with a two year mobile data contract. Apparently the price has been reduced in order to make the Galaxy Tab more competitive against many new tablets which have been introduced recently.

With a rumored 10 inch Samsung Galaxy Tab and also the Galaxy Tab 2 on the way, you might want to wake a wait and see approach. 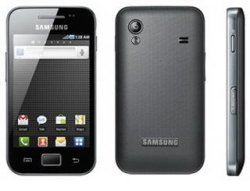 Any details that you wanted to know about the Galaxy Ace S5830 from Samsung are now available for you via its official website. Some of the confirmed features include a 3.5-inch HVGA touchscreen display at 320 x 480 resolution, Swype keyboard for super fast typing on a virtual keyboard, HSDPA, Wi-Fi and Bluetooth 2.1.

There’s also support for social networking and a 5-megapixel camera. Looks like this handset will arrive with Android 2.2 and come in white and black.