Posted in Solar Powered by Conner Flynn on February 22nd, 2008 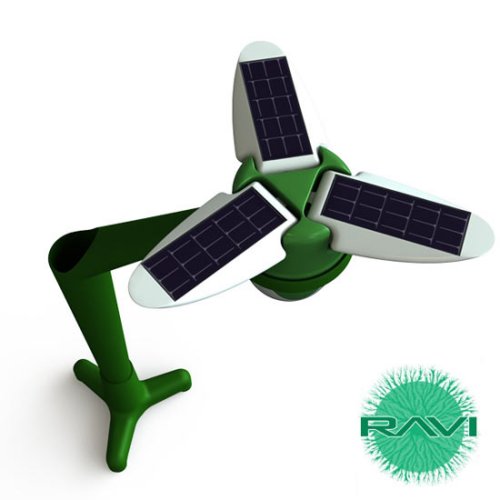 The Ravi solar charger hopes to steer you toward greener living with it’s attractive flower-like design. The Ravi solar has photovoltaic arrays attached to petal extensions. The flower aspect is not just symbolic, it actually absorbs energy from the sun during the day, storing it in an internal battery. It gets some points for coolness due to the fact that the petals glow once the battery is charged. At night, you would have a kick-ass glowing garden. You would then remove the battery packs to power all of your home appliances.

The idea is that with gardens of Ravi portable solar generators in a neighborhood, enough power could be generated to supply the community, and if that can not be managed, it would at least lessen energy needs. It’s a pretty cool idea, but it has a kind of War Of The World quality that scares me.