Posted in Mobile Phones by Conner Flynn on October 20th, 2010 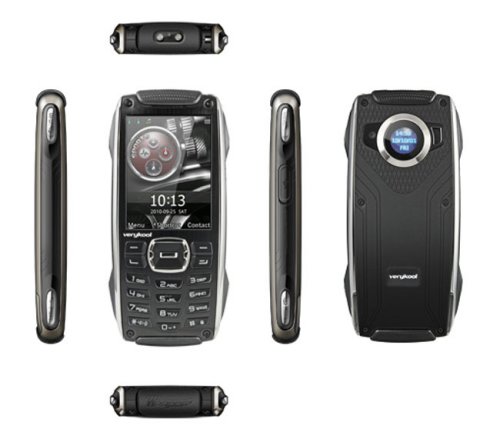 Rugged phones are usually more rugged than pretty, since they are made to survive harsh conditions. But here’s the exception. A company called Verykool has a new rugged phone called the R80 that looks attractive. The phone is a quad band device supporting 850/900/1800/1900 frequencies and it uses GPRS class 12 technology.

Some other features include a 2.4-inch screen and it has a screen on the back that is a 1-inch OLED. There’s also Bluetooth, USB tethering, and PC sync capability as well as a 2MP camera and four hours of talk time and ten days on standby.