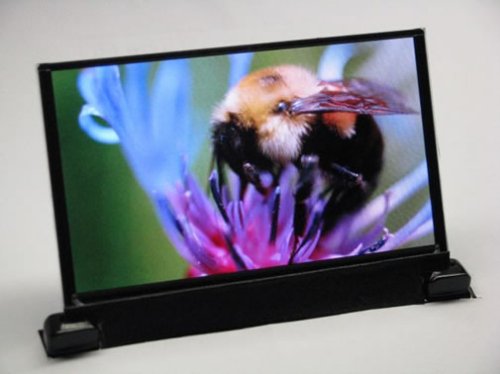 Dupont has announced that it has achieved record performance in printed OLED panels. The company worked with Dainippon Screen to develop a multi-nozzle printer for the new inks.

Using a special printer from Dainippon screen, DuPont can now print a 50 inch OLED-Television in under two minutes! If only we could get it in our hands that fast. We will be waiting for awhile to see this. Testing of the displays shows that the lifetime is about 15 years. Dupont says that the printer works perfectly. 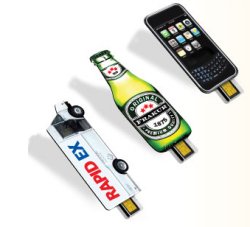 This is either a great idea or a bad idea. It’s hard to say which. That depends on how you feel about being assaulted by these when you open a magazine and find one of these paper-thin USB key ads. Mind you, that’s along with those paper re-subscribe slips and perfume pages.

But it is a neat concept. They can be made to order, are super slim, and can fit in small places. But chances are you won’t be interested enough in any ad content to actually load up what’s on it. At least I wouldn’t be motivated.

We knew the iSaw was a hoax, but we had no idea just how awesome and clever a ploy this really was, with a truly worthwhile message. If you placed a pre-order, here’s the message you received: 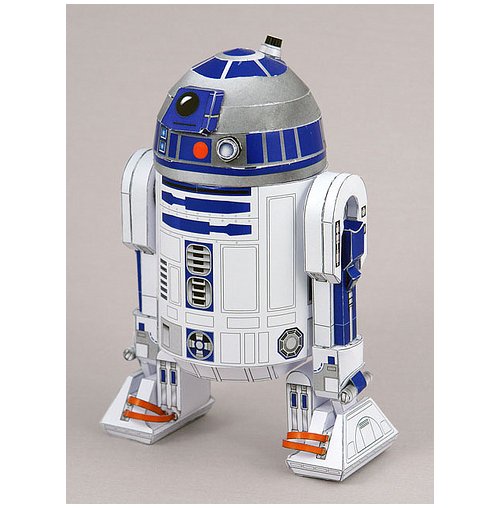 A long time ago in a galaxy far away…someone used the Death Star plans to build a paper droid and messed up the whole rebel plan. And so can you, if you have an ink jet printer, some scissors and glue.

It’s pretty accurate for paper, looks pretty awesome, plus it’s articulated. And if you really want to prove your paper droid making skills, you can use vector-based PDF plans to print and build your own life-sized R2 unit, but don’t let the Empire get a hold of the plans. 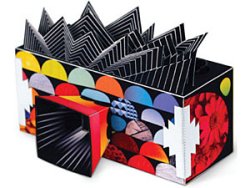 Do you need a camera, but your budget is tight? Have paper and some free time? Corbis can help you print out and make your own camera. They’ve released some funky templates on their Web site.

All you have to do is print out a PDF file and stick it onto a card. After you’ve followed the score lines, then cut and folded accordingly, you’ll have a neat looking camera. The real trick will be finding some 35mm film, but that’s what eBay is for. You’ll have a pinhole camera that stands apart from everyone elses. How sturdy it will be is anybody’s guess. If you do this, let us know.