We’ve seen our share of robots and we’ve seen our share of Tetris related items. But until now, the two have never collided in such a cool way. This robot plays Tetris! Branislav Kisacanin’s Tetris-Bot uses a video camera to watch the computer screen and determine which shape is which and where to put them.

That info is then sent to a Lego Mindstorm NXT robot, who hovers over the keyboard with three fingers. You might also notice the R.O.B.-like head too. 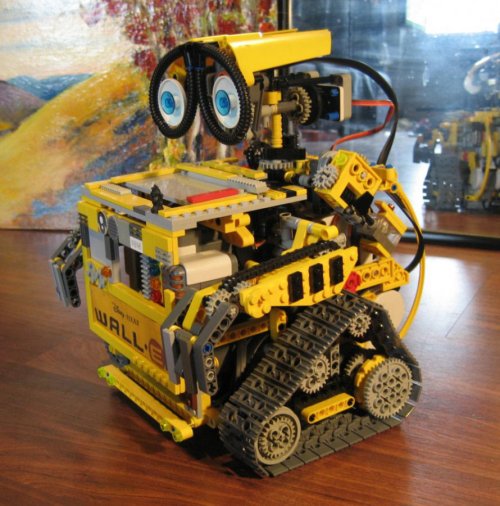 Bazmarc from the Trossen Robotics Community Forums has built a Lego Wall-E that kills all others dead. It has more movement, therefore more cuteness. It’s the Lego NXT Autonomous Wall-E Robot! Of course it looks like Wall-E, but also has some impressive features. Like I said, it’s movements blow other Wall-E Lego projects away. The result is that it’s more genuine. It’s a TRC Project Contest entry and though they haven’t even announced the contest yet, I can’t imagine anything else beating this little guy.