Posted in Accessories by Shane McGlaun on December 23rd, 2008 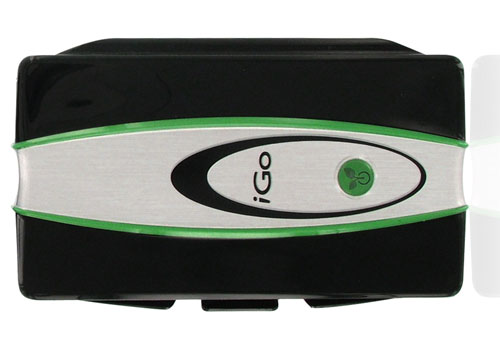 The vast majority of laptop chargers on the market have one thing in common, no matter if the battery if fully charged or absolutely dead, they send the same amount of power to the system. The amount of power a notebook uses can be greatly reduced by eliminating vampire power sent to a system when the battery is full.

A company called iGo is set to debut a line of new chargers and devices at CES 2009 in a few weeks that promise to reduce power consumption by notebooks on the charger up to 80%. The iGo Laptop charger has built-in technology that reduces the power going to the laptop when the battery is fully charged.