Posted in Apple by Conner Flynn on September 8th, 2010 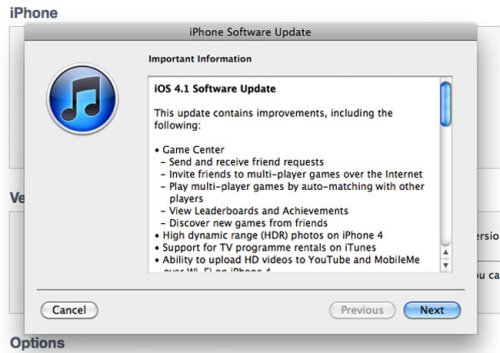 New features in iOS 4.1 include HDR Photos, the ability to upload HD video over WiFi, TV show rentals for your iOS device and Game Center. 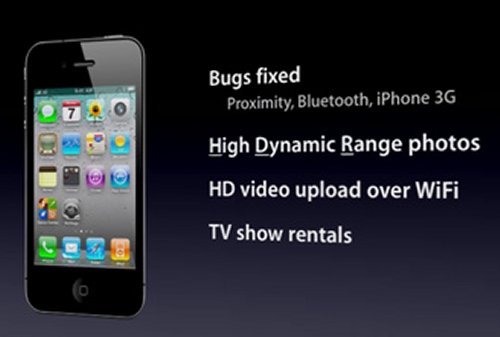 Apple has announced iOS 4.1, which has several important bug fixes and some other interesting additions. There are fixes for the proximinity sensor issue, Bluetooth, and also improvements to iPhone 3G performance.