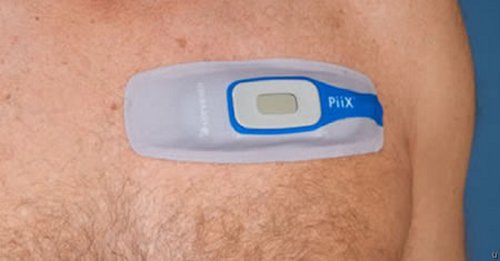 The Piix Smart Band-Aid isn’t designed for cuts and scrapes. It will instead monitor your heart and report your cardiac activity to you. Qualcomm is working with CARDIONET on the device.

It’s capable of beat-to-beat, real time analysis, automatic arrhythmia detection and wireless ECG transmission. The sensors can also be modified to monitor various other cardiac activity. And as they say, knowing is half the battle.

END_OF_DOCUMENT_TOKEN_TO_BE_REPLACED
Permalink | Comments |
Posted in Wii Accessories by Conner Flynn on May 16th, 2010 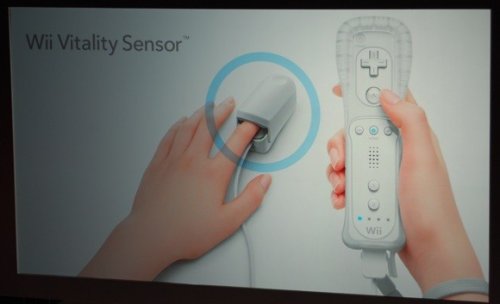 The Vitality Sensor, that most elusive Wii accessory may get some clarity tomorrow as Nintendo and the American Heart Association are scheduled to hold a “special joint announcement” that may offer new info on the device. Finally!

At least we hope they clear some things up. It’s been a year since Nintendo revealed the mysterious heartbeat peripheral at E3. It would be nice to get to know it better. 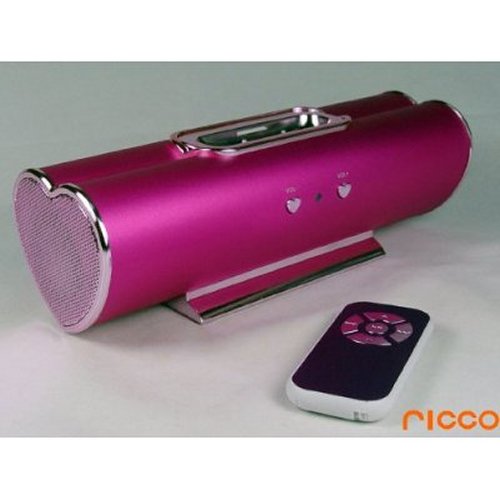 There’s only a few more days to go until Valentine’s day. If you’re still looking for a gift for your significant other, why not make it this horrible iPod speaker dock from Ricco? Girls will love it. It is hot pink after all and heart-shaped.

The only thing it’s missing to make it perfect for females everywhere is Hello Kitty’s face. It’s compatible with all iPods and iPhones and can be connected to other music players with the 3.5mm audio line-in cable. If it’s portability you want, it also runs on 4xAAA batteries.

If you see this thing suddenly appear in your living room, it might be a good idea to run. It wants to assimilate all of your Sony products. This nightmare-inspired mechanical heart is starring in a new series of Sony ads that will air during England’s World Cup qualifying campaign on ITV.

It’s built by special effects house Artem and consists of all kinds of Sony gear, with parts from BRAVIA TVs, Blu-ray players, VAIO laptops, Cybershot cameras, PS3s etc. Once it has absorbed enough Sony items, it will use it’s new powers to lower the price of the PS3 and lay the smack down on some Xbox 360 fanboys. 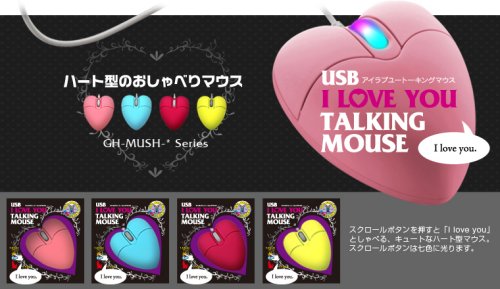 So you’ve got your Star Wars merchandise all around, including that life sized Padme doll. You’re all cozy in your Jar-Jar slippers. Some channel is playing a Star Trek marathon. Incense is burning and you’ve lit some candles to complete the scene. So you cuddle up with your plush wookie and you’ve got the cheetos ready. You adjust the kleenex box on your dresser. Ah the life of a geek bachelor.

But it gets lonely. You have no one to share your knowledge of droid programming with. So you forget about that other stuff and go find your mouse. The one thing that loves you more then your comic book dealer. How do you know? It tells you so. “I Love You”. It’s the best $21 you’ve ever spent. But after an hour of USB mouse affection, it’s back to candlelit Trek.