Posted in Nikon by Shane McGlaun on December 1st, 2008 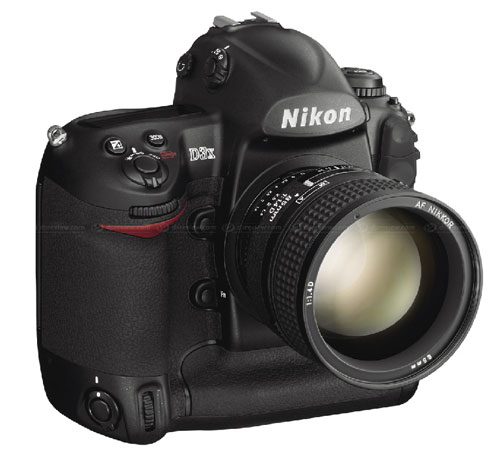 Nikon is one of the biggest names in digital cameras and offers a wide range of products from the low-cost point-and-shoot digital camera to high-end DSLR cameras that run several thousand dollars each. With a huge product range, Nikon caters to amateur and professional photographers alike.

The firm has unveiled its latest DSLR camera today called the Nikon D3x. The camera boasts a massive 24.5-megapixel sensor. The camera offers an ISO range of ISO 100 to 1600 that is extendable down to ISO 50 and up to ISO 6400. Auto focus uses a 51-point system and the camera has a 3-inch rear LCD. 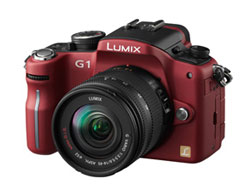 A few things tend to be common amongst DSLR cameras. They tend to be large and heavy cameras, have interchangeable lenses and usually you only get black or silver colors to choose from. The DSLR is becoming more popular as new models are introduced that add new features to the category as the cameras get smaller, the get more appealing as well.

Today, Panasonic announced the world’s first Micro Four Thirds system camera. The Lumix G1 claims several world’s firsts including the world’s smallest and lightest interchangeable lens camera and the world’s first to be offered in multiple colors. The G1 weighs 0.85 pounds, making it about half the weight of DSLR cameras. 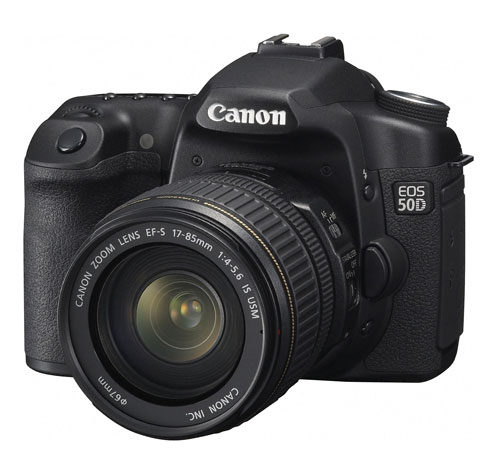 Over the last week some specifications and information has been popping up around the web about the Canon 50D DSLR camera. The images were met with welcome by some and as expected when things are leaked early — some called the camera a hoax.

Canon officially announced its EOS 50D DSLR camera today. The camera features a 15.1-megapixel sensor, and a host of other items to make using a DSLR easier for new users. The camera uses Canon’s DIGIC 4 image processor and has an expanded ISO range of ISO 100 to ISO 12800. Several dust reduction features are included. 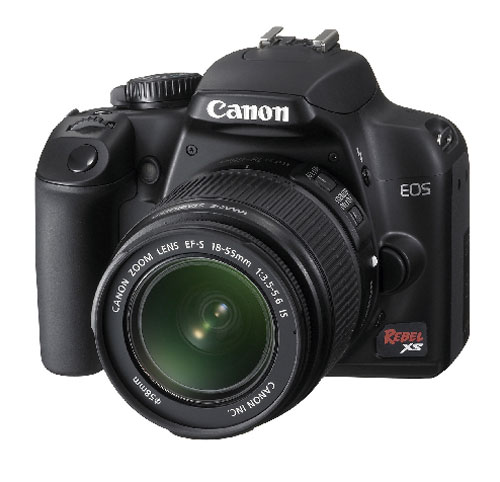 For the most part people tend to stick to point-and-shoot digital cameras for taking pictures of kids, friends and family. However, there often comes a time when a amateur photographer realizes that the point-and-shoot camera isn’t cutting it and decides to step up to the DSLR camera.

Today Canon introduced a new entry-level DSLR camera aimed at just this sort of person. The Canon EOS Rebel XS is going to be available in August at a price of $699.99 with an EF-S 18-55mm f/3.5-5.6 IS zoom lens, rechargeable battery and more. The Rebel XS is the little brother to the Rebel XSi we talked about in January. 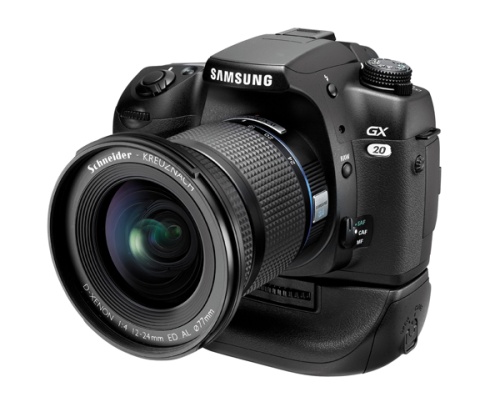 Samsung has unveiled a monster 14.6-megapixel digital SLR which looks like it could make almost any category of photographer happy. It is called the Samsung GX-20 and pricing is set at around $1,400.

Chief among the features of the Samsung GX-20 is a high performance CMOS sensor which can handle ISO settings up to 6400, a 2.7-inch LCD screen, improved sensor-based shake reduction and a viewfinder which yields a 95-percent wide field of view.

Samsung said the GX-20 will be available in March. You can get the full details after the jump, courtesy of ecoustics. 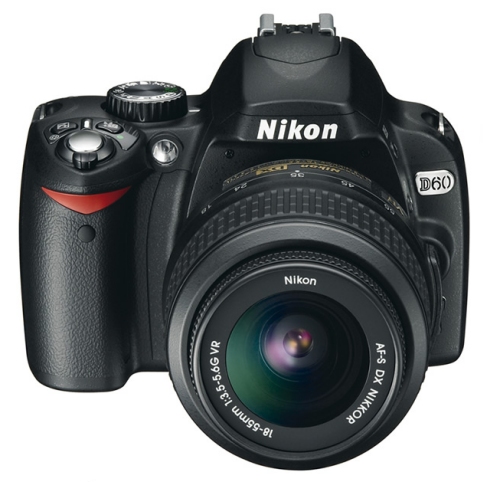 Nikon threw out a new digital SLR today with the D60, basically a repeat of the D40X we saw earlier last year with some nice added features. This camera stands out as one of the smallest, most compact SLR models on the market with the same 10.2 megapixel image processor as its predecessor.

Some nice features in the D60 that can’t go unnoticed include the Retouch Menu for in-camera editing of images and the Stop-motion feature that lets you string together a number of still JPEGS to create a stop-motion animation. A fast shooting mode brings the ability to shoot 100 JPEG stills at 3 frames per second, which is pretty fast but still a little behind the 12.2 megapixel Canon Rebel with 3.5 fps.