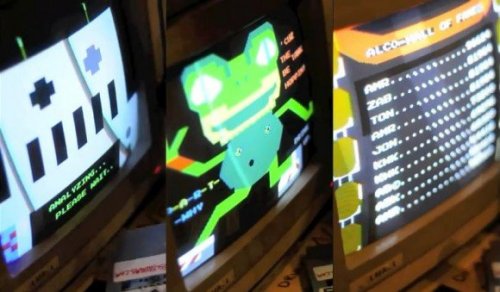 If you have some spare time on your hands, why not turn your Nintendo Entertainment System into a breathalyzer called DrunkenNES? That’s what this Engineer did. He turned an NES cartridge into a working breathalyzer unit, and coded a program on the NES to calculate the readings from the controller.

Now everyone will know just how buzzed you are as you try to rescue Peach from Bowser’s clutches. As a bonus, after analyzing the breath of a “player”, they get a score and a rating such as “Buzzy Bee” or “Party Kitten” to show how drunk they are. An “Alco-hall of fame” also ranks you like a hi-score chart. Sounds like a wild mod. 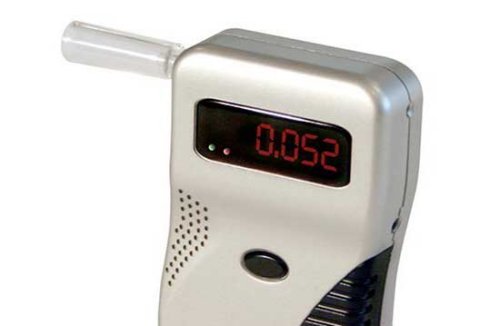 Breathalyzers have done a lot of good ever since they were invented. They have taken many drunk drivers off the roads for one thing. Well, now they are ready to help out in a whole new way thanks to some scientists in Israel, who are working on a breathalyzer that they think can detect lung cancer.

Similar tests already exist, but require a pretreatment of the breath, which adds time to the procedure and money. The Israeli breathalyzer doesn’t need any pretreatments. The team conducted a study, with 56 healthy volunteers and 40 people who were known to have lung cancer. They were tested by the breathalyzer, using a sensor that consists of nine gold nanoparticle chemiresistors.

The iPod is so popular that there is a huge amount of accessories and gear to go along with them. Typically, accessories revolve around speakers, earphones, FM transmitters and the like. Sometimes we see a few more exotic accessories like voice recorders.

Today a new iPod accessory was announced that takes the strange gadget cake called the iBreath iPod Breathalyzer. A fold out breath tube lets users blow into the device to see the blood alcohol level and decide if they have had too many drinks to drive. 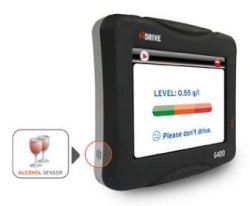 GPS navigation systems are a dime a dozen, but this one can tell whether you’re drunk or not. One thing. If you need this to tell you when you’ve had too much to drink, you obviously drink way too much. The G400 GPS navigation system features an integrated alcohol sensor on the side and it can tell how much alcohol per liter is in your blood.

If vehicle manufacturers are able to make use of this GPS navigation system in the future, and stop the vehicle from starting with a drunk driver at the wheel, this could save many lives. The G400 should be available in the U.S. very soon, right now it’s available in Portugal. 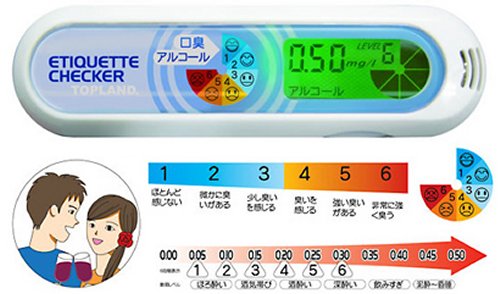 Say you have just had a liquid lunch and you’re on your way to that important meeting. Hopefully you’re on a bike, because you probably shouldn’t be driving. Though that’s another story. Wouldn’t it be great if you had some way of gauging whether your breath was capable of instantly pickling those who get to close to you?

That’s where the Etiquette Checker comes in. It’s a breathalyser that will let you know just how tanked you are. Simply breathe into it to get a readout of just how horrible your breath is on a scale from 1 to 6. The very fact that you need the Etiquette Checker should probably tell you that you have a drinking problem, but again that’s another story. At least you’ll have an edge and be able to take care of that breath. Hopefully you’ll put your best face forward and be able to hide the fact that you’ve been drinking girlly drinks.