Posted in BlackBerry by Conner Flynn on October 18th, 2010 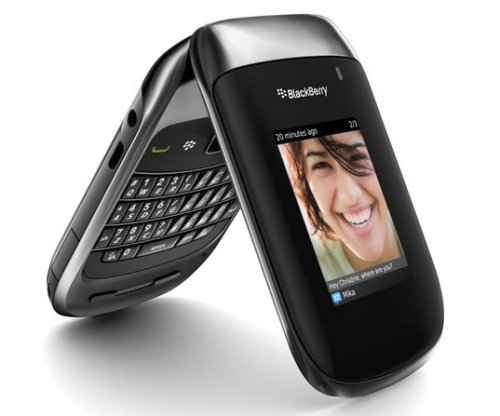 Well, looks like what we reported last week is now official. It will be arriving on Sprint on Halloween. This device runs the all new BlackBerry OS6, has a 6 megapixel cam, and two high resolution displays (one external, one internal).

Other features include built-in GPS and WiFi, and a microsSDHC slot for up to 32GB of storage. You can preorder it as soon as tomorrow and it will ship on October 31st. It will cost you $99 on contract after a mail-in rebate. 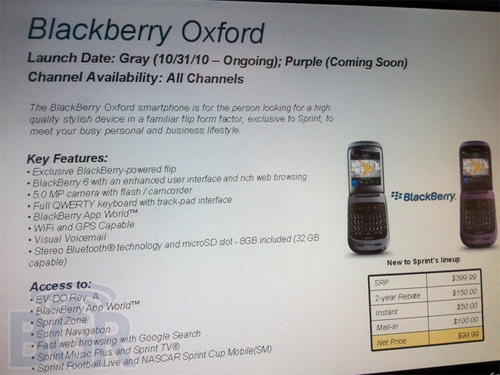 The BlackBerry Style is headed for Sprint and according to BGR, the device temporarily codenamed the Oxford will be a Sprint-exclusive. The Style would arrive at Sprint on October 31 in gray. It will apparently become available in purple at a later date.

The flip phone will have BlackBerry 6 preloaded, a 5-megapixel camera, a QWERTY keyboard, Wi-Fi, GPS and EVDO Rev. A support for its 3G. Bluetooth is onboard, and the handset should come bundled with an 8GB microSDHC memory card. 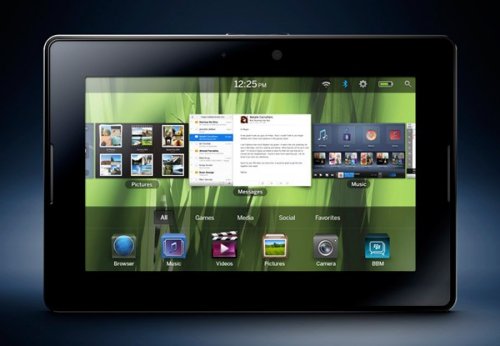 We’ve been waiting for a good while and today at Research In Motion’s annual BlackBerry Developer Conference, CEO Mike Lazaridis announced the PlayBook. The tablet will use an OS created by the recently acquired QNX, which is called the BlackBerry Tablet OS. It offers full OpenGL and POSIX support along with web standards like HTML5. The company’s founder, Dan Dodge said that “QNX is going to enable things that you have never seen before,” and added that the PlayBook would be “an incredible gaming platform for publishers and the players.”

The PlayBook’s can handle Flash content via Flash 10.1, as well as Adobe AIR apps. It will feature a 7-inch, 1024 x 600, capacitive multitouch display, a Cortex A9-based, dual-core 1GHz CPU, 1GB of RAM, and a 3 megapixel front-facing camera along with a 5 megapixel rear lens. The PlayBook will be capable of 1080p HD video, and comes with an HDMI port as well as a microUSB jack, 802.11a/b/g/n WiFi, and Bluetooth 2.1. 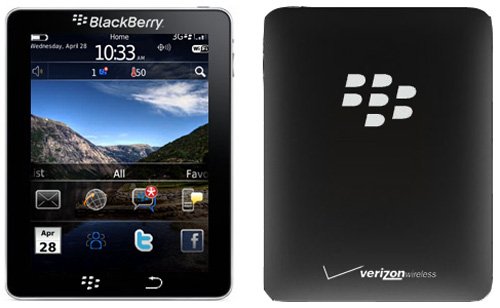 We’ve been hearing rumors of a BlackBerry tablet for some time now. We know it’s coming. The company has even registered the domain www.blackpad.com.

Now the rumor is that the BlackPad will be announced in late November and should be arriving late in the holiday season. The pricing is said to be $499 which puts it in the ballpark with Apple’s low-end iPad. But can a Blackberry tablet compete with the iPad? RIMs phones haven’t fared so well lately. 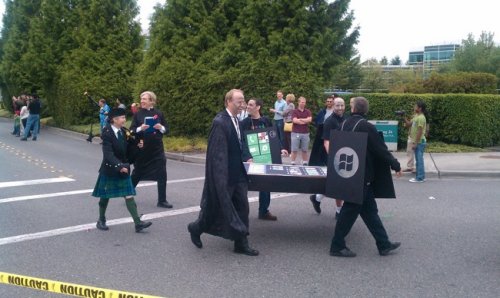 Last Friday Microsoft employees got out of their cubicles at the Redmond campus to attend a funeral parade that resembles some kind of geek Mardi Gras. There were apparently plenty of crazy outfits, like zombies, Darth Vader and even some Village People impersonations. They were there to lament the BlackBerry and iPhone’s demise.

It looks like it was a sad affair as iPhone and Blackberry mock-ups were carried coffin style to the grave. Obviously Microsoft wanted to make a statement about the upcoming Windows Phone 7. 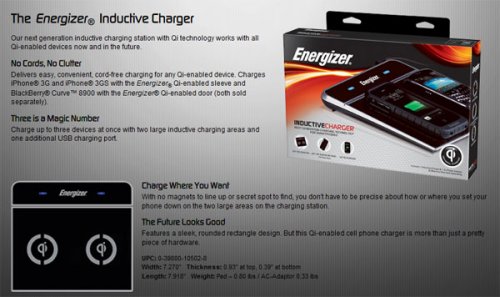 We love anything that helps us get rid of wires around here. So we are excited about Energizer’s new inductive charger that is Qi enabled. Qi is the wireless charging standard developed by the Wireless Power Consortium, and should eventually make its way into more and more devices.

The charger will work with the iPhone or the Blackberry Curve 8900. The battery door for the Blackberry and the sleeve case for the iPhone 3G/3GS are both sold separately. Luckily, this device has enough room to charge three devices at the same time, which is nice. 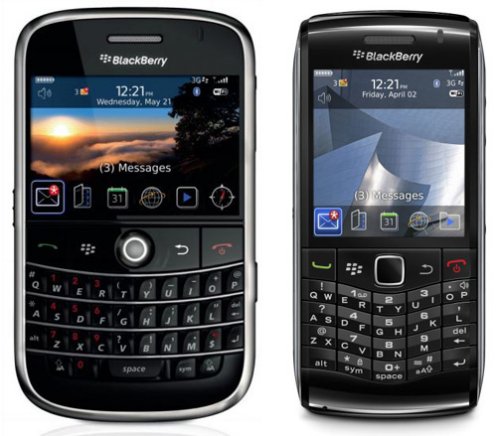 Good news for those of you who own either the BlackBerry Pearl 3G or Bold 9000. Both devices have had their OS update leaked. It isn’t official, so do it at your own risk. But it’s nice to know things are moving forward.

Hit the link below for the download links. We would suggest backing up beforehand, since you know, this isn’t official and all. Better safe than sorry.

Word on the tablet street is that RIM will be using an operating system developed by QNX Software Systems for its upcoming tablet, the BlackPad. This is interesting news because it means that RIM won’t be using its own BlackBerry 6 OS.

Last month RIM acquired the Internet rights to blackpad.com, according to the Whois database. We can’t wait to see how it all plays out with this OS. It’s an interesting move by the company.

Quanta Computer, a notebook manufacturer out of Taiwan, will be handling the upcoming tablet device from RIM, which is called the BlackBerry BlackPad. Looks like this Android-powered device will launch in November 2010.

The BlackPad will include both Bluetooth and Wi-Fi as well as a 3G connection if it is hooked up through a BlackBerry. Orders will begin shipping in September and theY expect to move 2 million units this year, quadrupling that amount in 2011. For now, the price looks like it is $499. 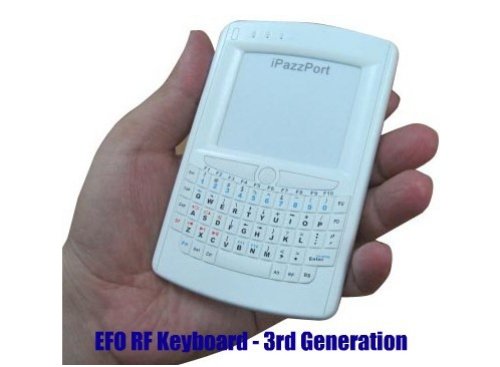 This EFO iPazzPort keyboard looks a lot like a BlackBerry. A rare Albino Blackberry. This is the third generation model and as such adds on function keys that can be used during bootup (You know, the old “Hit F1 to enter BIOS”), dedicated keys for playing and pausing etc, and a laser pointer.

There is also of course the convenient QWERTY keyboard. It can be yours for just $45. It won’t make calls.

If you love your Blackberry, then it must really hurt to see teardown photos. Sometimes it takes a strong stomach. Let’s hope they were gentle. Even though BlackBerry’s Torch 9800 was just announced a little while ago, we already have the teardown.

Some folks just like to dissect gadgets and some folks like to watch. Nothing wrong with that. We don’t judge. The video below details the slider mechanism in action, which is rated for over 150,000 cycles. 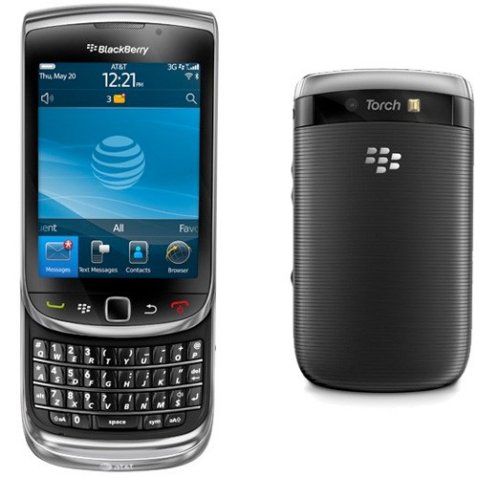 The long-rumored and eagerly awaited BlackBerry Torch just went live on AT&T’s site, so you can now sign up for a notification about when you can buy it. Some features include a 5 megapixel camera with flash, full QWERTY slide, 802.11n support, and BlackBerry 6.

There’s also 4GB of storage onboard with a 4GB microSD card in the box, 512MB of ROM and RAM, a quadband 3G radio, a 3.2 inch 480 x 360 touchscreen display, optical trackpad down below, and a new Media Sync feature.

A new application form AT&T has landed called the AT&T Code Scanner. The app is available right now for download on Blackberry devices and on the Android Marketplace.

The app lets the smartphone user scan both 2D barcodes and 1D barcodes that are printed in magazines, online, and other places to get more information on a product or service. The application also has a barcode generator that allows the user or a business to generate their own bar codes. 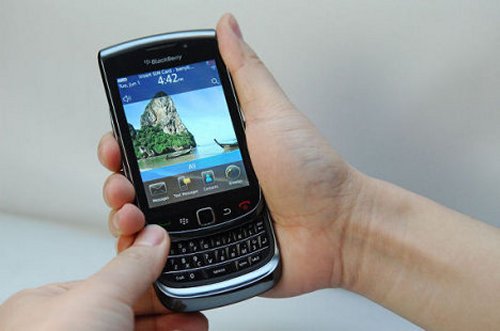 Nielsen put out some interesting smartphone numbers today. There’s the usual market share numbers that put Google, RIM, and Apple at 27 percent, 33 percent, and 23 percent in sales to new smartphone subscribers. But more interesting are the numbers having to do with brand loyalty.

You might remember that back in May we told you about the upcoming Blackberry tablet. Well, apparently now an analyst and managing director at Rodman & Renshaw speculates that this tablet will feature a 7-inch touchscreen display with a few cameras and a 1GHz processor from Marvell.