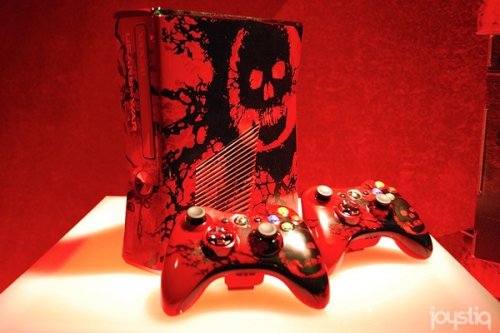 Have you been drooling over that Gears Of War Xbox 360? Well Amazon on Sunday began taking pre-orders for the special edition Xbox 360. The Gears of War 3 Limited Edition features blood red artwork and even has custom startup and disc eject sounds. You also get a 320GB hard drive and a second wireless controller.

It comes with a copy of GOW3 and special downloadable content too. Fans of the game will want to get their order in early and make sure they get one. 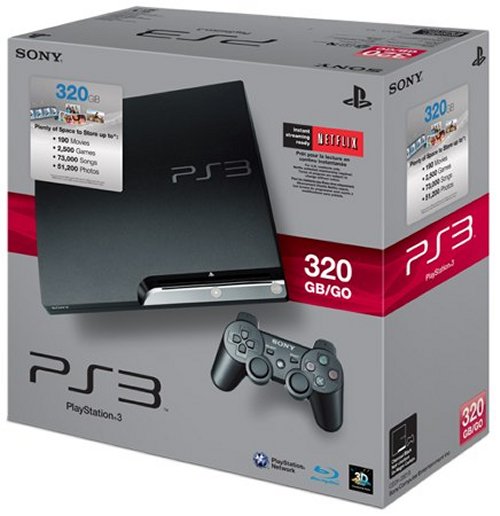 Sony has been selling a 320GB PS3 bundled with a Move controller, PlayStation Eye, and Sports Champions for $400, but now the 320GB model will soon be available all by itself. Great for those of us who hate to move around. At only $50 more, the bundle with the Move paraphernalia is a great deal though.

Sony says they are shipping the new standalone SKU to stores right now so keep an eye out for it and a spare $350.

Thanks to the slim form factor, it’s ready to boldly go some places that standard 9.5-mm thick drives can’t. Expect these to hit production lines in August and appear in next generation ultra-thin netbooks. 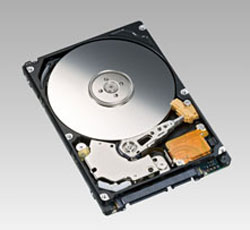 A notebook hard drive sporting 320GB isn’t a new capacity and there are larger notebook drives available right now. However, what is interesting about the new 320GB Fujitsu MHZ2 BJ series notebook drive is that it spins at 7200 RPM.

Typically when a notebook hard drive gets into higher capacities it has to slow down to 5400 RPM or even less for some drives. Not so with the new Fujitsu drive, it gets to spin at full speed. Fujitsu says that the drive has an average latency time of 4.17ms and has a read seek time of 10.5ms and a write seek time of 12ms. 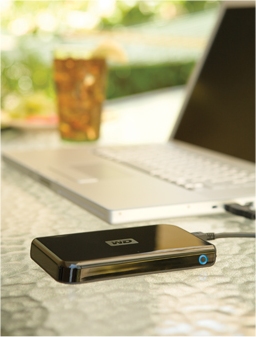 If you thought you had a big drive in a small package with Western Digital’s 250GB Passport you can think again. Hopefully you’ve come to expect it these days because soon after you get the biggest and the best something else will come along to out-do it.

WD has announced the launch of the latest in their line of the sleek, portable Passport drives with this one boasting a massive 320GB capacity of storage that is small enough to fit in your shirt pocket. The whole drive and enclosure weigh under a quarter of a pound does not require an external power source. The drive gets its power and transfers data through a single USB 2.0 connection and gives a 480 Mbps transfer speed (which will take you an hour and a half to fill the drive). 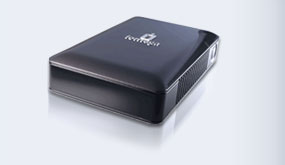 Iomega recently announced the availability of the new eSATA/USB 2.0 320 GB Desktop Hard Drive. This drive is specifically designed for those power users who want to close the gap between internal hard drives and the fastest external hard drives.

The new eSATA interface features three times the transfer rate of USB 2.0. This kind of performance makes this drive a viable option for any application, from video editing to super-fast backups. Iomega’s eSATA drive gets its speed advantage by utilizing the same type of high-speed interface as an internal hard drive.

The drive ships with a eSATA PCI card and cable that can upgrade most PC motherboards to eSATA capability, giving existing computers the same high-speed interface that now appears on new high-end personal computers.