Posted in BlackBerry by Conner Flynn on July 13th, 2011

Just for the sake of comparison, Apple’s iOS App store recently reached 15 billion downloads, while Google’s Android Marketplace hit 4.5 billion downloads a while back. Still, it gives RIM something to be happy about. 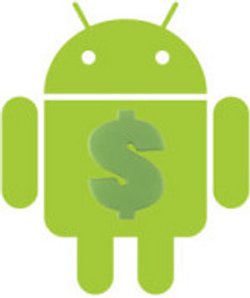 Google has now revealed its third-quarter earnings and has confirmed that it’s on track to bring in a cool $1 billion this year in mobile revenue and they expect continued growth in the mobile sector. And this does not take into account what Google earned from other platforms like iOS, Windows Mobile, Symbian and BlackBerry.

Google’s CEO Eric Schmidt said that Android is much bigger than he could ever have hoped for and can become a hugely profitable business for the company and he also predicted that search on mobile will eventually exceed that of PCs.

That’s a lot of rockin’. I hope some of you are taking it easy now. As things stand right now, Rock Band has 614 songs available from 269 artists, 11 full albums, and a buttload of revenue. More revenue than all other games in 2008.

For those of you keeping score, we are talking $1 billion in total North American retail sales, with 40 million tracks sold. Plus Rock Band and Rock Band 2 have won 50 industry awards. Frankly I’m surprised you can’t all hear each other rocking all over the continent.