Posted in Logitech by Conner Flynn on October 6th, 2010

Logitech has confirmed the first Google TV device, the Revue. It will focus on the Android-based platform’s hybrid TV/web searching and TV apps but should also have strong support for Logitech’s other devices. It can act as a Harmony gateway, with new iOS and Android apps. It also supports the same Unifying receiver technology that is found in its mice and keyboards, so it supports existing peripherals as well as the pre-supplied keyboard and optional diNovo mini-based Mini Controller.

A Media Player app on the Revue will get media from computers on the local network through DLNA. And of course it can output up to 1080p over HDMI and has two USB ports for accessories like the new TV Cam webcam for video chats over Logitech’s Vid. The device works with traditional remotes through IR blaster inputs and gets online using Ethernet or 802.11n Wi-Fi.

END_OF_DOCUMENT_TOKEN_TO_BE_REPLACED
Posted in PS3 by Conner Flynn on May 28th, 2009 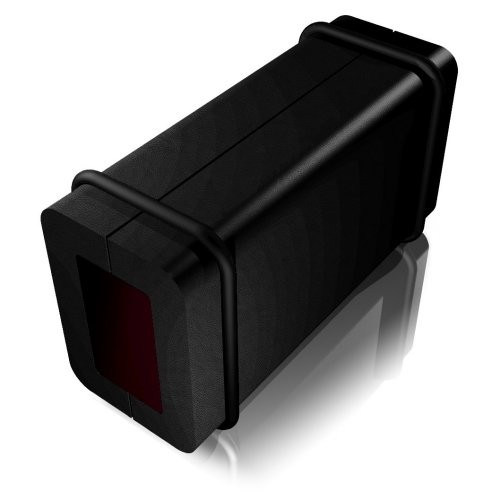 For some time, Playstation owners with IR-based universal remotes have had to use bulky IR-to-Bluetooth converters so that the pair can communicate. Then along came Logictech’s Harmony, allowing, making thing easier on PS3 owners. But now Logitech isn’t the only one getting in on the act.

You now have another option in the Rebel from wb_electronics. It pretty much does what the Harmony does, transforming IR signals from your universal remote into bluetooth signals for controlling PS3 function and making the Playstation3 an integrated part of your home entertainment system.