Posted in Accessories by Nino Marchetti on July 14th, 2008 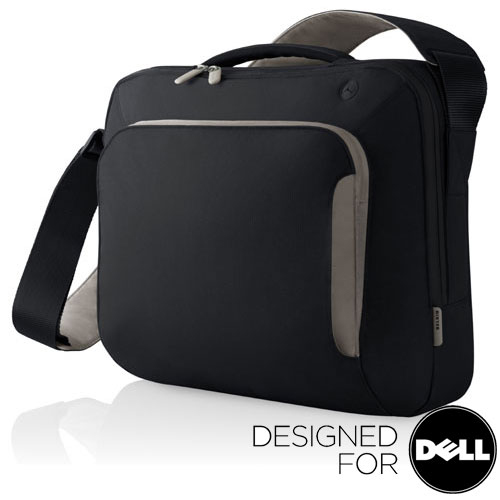 Dell, thinking perhaps people have enough interest in its computers to want to accessorize them, teamed up last week with a number of accessories manufacturers to debut its Designed for Dell line up. Seven manufacturers are currently designing Dell products in this new category.

END_OF_DOCUMENT_TOKEN_TO_BE_REPLACED
Posted in Software by Nino Marchetti on April 19th, 2008 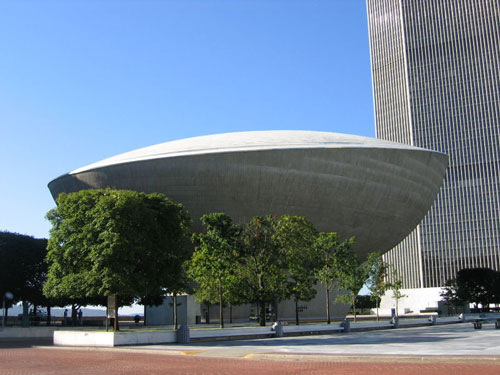 A rather strange landmark of the Albany, New York skyline is The Egg, a local performing arts venue. This oddly designed building could well be an omen for Microsoft’s freshly announced “Albany” subscription service – a big, fat laid egg.

Albany, as discussed by Microsoft product manager Bryson Gordon, will be an all you can eat service for consumers which gives them all the Microsoft goodness they can handle under one desktop. You can, for x amount of dollars, gain access to Office Home and Student 2007, Windows Live OneCare and Windows Live Mail, Messenger and Photo Gallery. This is on top of security updates and the like.

END_OF_DOCUMENT_TOKEN_TO_BE_REPLACED
Posted in Concepts by Conner Flynn on April 11th, 2008 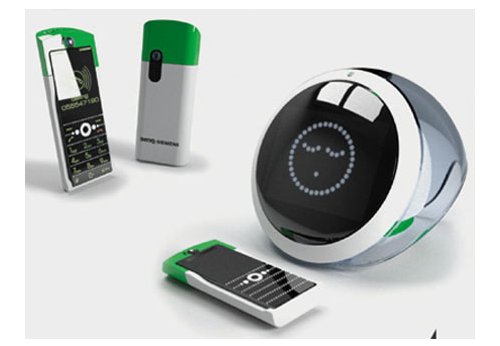 The TouchMan cellphone concept is interesting because it can actually become a piece of furniture that allows you to communicate in a more personal way with others. That’s because the device allows for the visual sharing of emotions. Think of it as a combination screensaver, instant messenger and…aquarium.

That’s right, you can watch your contacts like fishes in an aquarium on the touchscreen. They would change color and activity according to their current moods and availability. Very bizarre indeed, but it has a lot of potential. The docking station will charge the main station and the cellphone at the same time, and when the cellphone is disconnected, the main device goes into a sleep mode.

END_OF_DOCUMENT_TOKEN_TO_BE_REPLACED
-->
Posted in USB,Webcams by Conner Flynn on January 30th, 2008 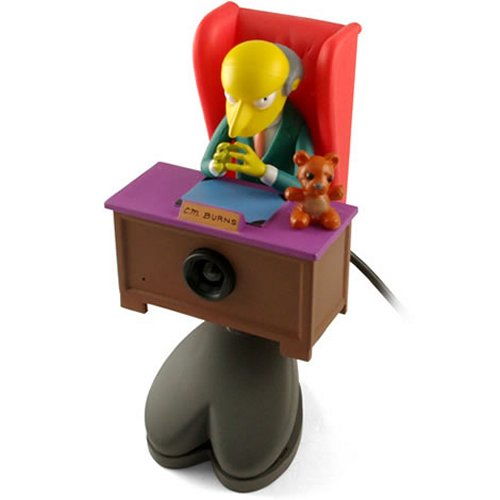 Now you can feel like those suckers putting in a full day at the Springfield power plant. That is, you’ll be under the watchful eye of C. Montgomery Burns with this webcam. You’ll know exactly how Karl and Lenny feel, not to mention Homer. Don’t fall asleep with a donut in your mouth.

The webcam includes a large clip that allows it to be attached to your flat-panel monitor or laptop screen. Specs: 30 fps @ 640 x 480 with built-in microphone, supports USB enabled machines running Windows 98, 2000, XP and Vista, runs with Skype, MSN Messenger, Yahoo! Messenger and AOL messenger. You can pick up this little tyrant for $49.99.

END_OF_DOCUMENT_TOKEN_TO_BE_REPLACED
Posted in News,PSP by Darrin Olson on January 30th, 2008 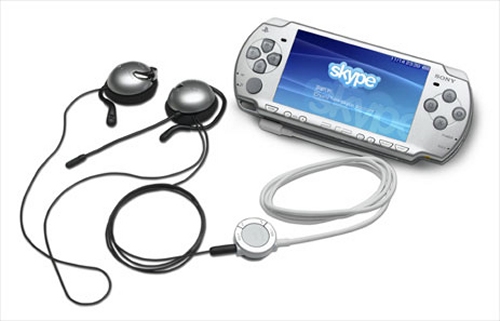 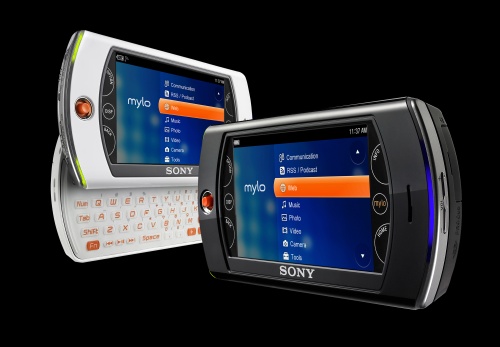 [NOTE: With CES now over, we are winding down our CES coverage. Expect to see a trickle of stories on trade show announcements next week, but also expect we will be focused on MacWorld and anything else that comes our way. Thanks to everyone who has visited and linked to us - we enjoyed providing you indepth coverage of new product releases.]

Sony seems to have found enough success with its mylo Internet device to have unleashed at CES this week a new generation of the product. The updated Sony mylo goes on sale this month for around $300.

The Sony COM-2 mylo communicator, as it is being called, comes in black or white body colors and has a backlit, slide out QWERTY keyboard. Like its predecessor it lets you connect to open wireless hotspots to instant message with your buddies. You can also use it to view Web videos, take pictures and post them directly to a variety of sites, use widgets to do various online functions, play games and enjoy various media formats.

Get more details on the new Sony mylo after the jump.

END_OF_DOCUMENT_TOKEN_TO_BE_REPLACED
Posted in Baggage by Nino Marchetti on December 13th, 2007 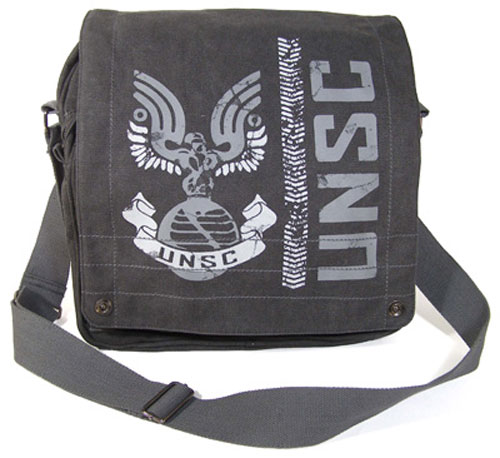 Attention all you Halo 3 lovers – you can now carry your game pride around on your shoulder as you haul around your laptop day to day. Master Chief says to outfit yourself with this new Halo 3 Messenger Bag, priced at around $40.

The Halo 3 Messenger Bag, when not busy hold your plasma grenades, has enough room to store a 15-inch laptop. There are six zippered compartments and velcroed interior compartments – plenty of space to store extra ammo or your iPod.

END_OF_DOCUMENT_TOKEN_TO_BE_REPLACED
-->
Posted in GPS,Outdoors by Nino Marchetti on November 1st, 2007 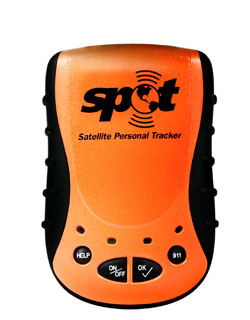 Let’s face the facts – you’re lost deep in the woods after going out on a hike to get photos of the elusive Bigfoot. You can’t find your way out and that big bear staring at you and salivating isn’t helping matters. As you rapidly climb a tree, you remember you can summon help with SPOT, the self-described world’s first satellite messenger. This aid to the lost hiker is priced at around $170 plus service fees.

The SPOT takes the form of a portable device which is designed to be waterproof as well as to withstand the outdoors in general. It’s reportedly relatively easy to use by pressing one of several buttons to, for example, transmit a user’s exact location and message to a 9-1-1 emergency call center in times of need. You can also send standard messages to family or others to request help or just let others track you via a Web service which uses GPS coordinates and Google Maps technology. 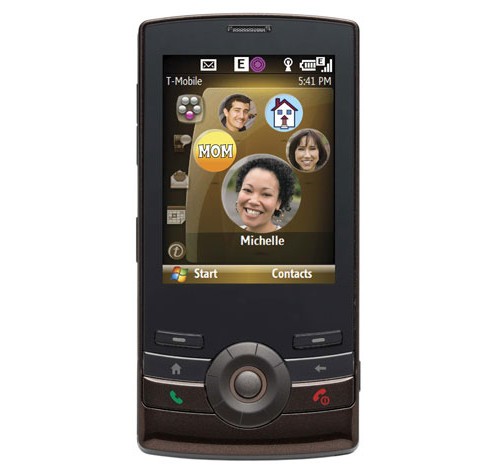 Today T-Mobile has announced the launch of the new Shadow mobile phone from HTC. This is the first of a number of Shadow-branded phones that T-Mobile has planned for the future as devices that are “designed for people who have lives beyond work.”, according to Robert Dotson, president and CEO of T-Mobile USA. The device runs on an enhanced version of Windows Mobile 6 which hides a lot of the usually interface from Windows Mobile and replaces it with custom menus and navigation. According to T-Mobile the enhanced interface makes the Shadow more intuitive and easier to use.

Aside from this slider looking just plain good, it also features a spin navigation wheel, 2.6″ display (not a touchscreen), microSD memory expansion slot, a full QWERTY keyboard, Bluetooth, 2.0 megapixel camera with video capture, media player for music and video, Wi-Fi and EDGE high speed data. The Shadow also has an enhanced version of T-Mobiles myFaves where users can call, email, text, send a picture, send a video or send a voice note easily from the myFaves screen. It even has some instant messaging clients built in, including Windows Live Messenger, AOL IM, Yahoo Messenger and ICQ.

END_OF_DOCUMENT_TOKEN_TO_BE_REPLACED
Posted in Concepts,Humor,USB by Reuben Drake on October 26th, 2007

This funny little USB peripheral called the Availabot is designed to work in conjunction with the instant messenger on your computer. It stands on a little marshmallow looking stand that connects via USB to your computer and gives you a physical representation of the availability of your friends on your IM application, laying flaccid when the contact is gone, and quickly standing upright when the contact is available.

The idea is pretty interesting (and funny) and the Availabots are completely customizable in the profile they store and in how they look. You can use as many of them at a time as you would like to dedicate a USB port for. The puppets currently work with iChat on Mac OS X 10.4 but the company has plans to extend them to other IM programs on the Mac and eventually Windows. 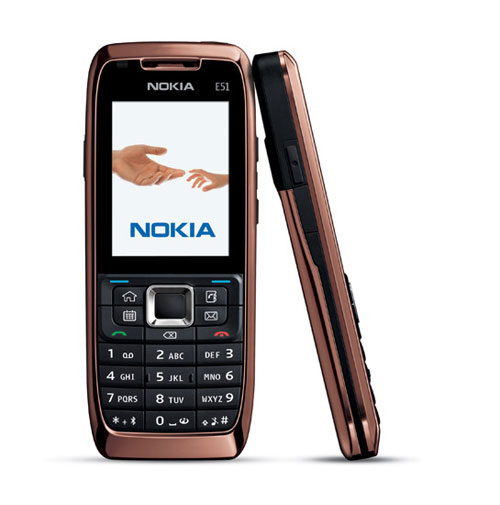 Nokia’s release of the E51 comes in response to the demand for business users who want a device that provides both the latest business technologies as well as functionality found in their private phones. Nokia E51 owners with Mobility Solutions will enjoy mobile telephony, email and messaging, office phone functionality while lightening expenses by consolidating to one phone number, one voice mailbox and one dial plan.

The E51 is a simple and elegant solution to an increasing demand for simplicity, with dedicated keys for quicker access to email, calendar and contact screens and a home screen displaying user selected icons to most used applications. An indicator light alerts the user to incoming mail from a number of sources including Microsoft Exchange Server, and the phone provides a streamlined email experience with easy access to attachments. The phone includes set-up wizards for simple step-by-step set up of these applications providing business users a smartphone that is easy to use, setup and maintain. 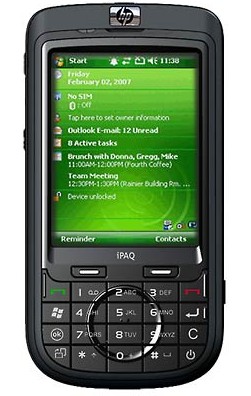 HP unleashed another new mobile phone along side the iPAQ 914, named the iPAQ 610 Business Navigator. Unlike its 900 series sibling the 610 features a numeric keypad instead of the full QWERTY keyboard, but has many of the same features along with a little larger display.

An integrated scroll wheel in the keypad of the iPAQ 610 is a slick feature that makes navigating the menus a little easier, and seeing the content won’t be bad either on a decent-sized 2.8-inch touchscreen. It’s a global 3G and Quad-band mobile phone that also includes Wi-Fi (802.11 b/g) and an integrated GPS and Bluetooth 2.0.

END_OF_DOCUMENT_TOKEN_TO_BE_REPLACED
Posted in Accessories,Controllers,Games,News,Xbox 360 by Darrin Olson on September 1st, 2007 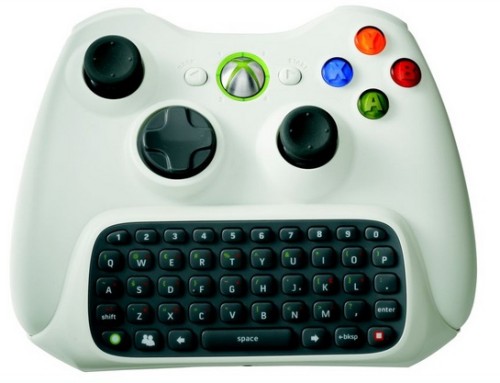 Sticking to their plan they announced in July, the Chat Pad accessory for the Xbox 360 game controller is set to start shipping next Tuesday, September 4. The Chat Pad will come packaged as part of a Messenger Kit that will come bundled with a headset for $29.99 from Microsoft. Be sure to remember when ordering that this kit doesn’t include the controller, just the Chat Pad and the headset.

END_OF_DOCUMENT_TOKEN_TO_BE_REPLACED
Posted in PlayTV,PS3,Sony by Chris Weber on August 22nd, 2007 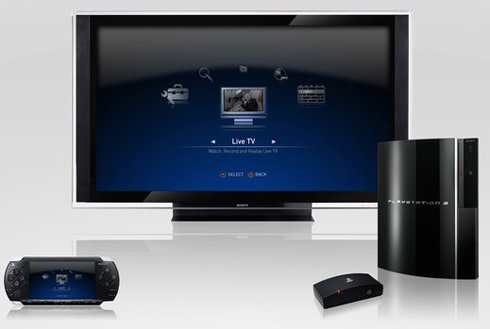 Today at the Leipzig Game Convention in Europe Sony announced that they will be launching PlayTV sometime in early 2008. PlayTV brings not one but two high definition (1080p) TV tuners to the Playstation 3 game console along with DVR capabilities allowing you to record one show and save another, both in high def.

This is pretty cool in itself (especially if you’re in Europe since this uses European Digital Video Broadcasting – Terrestrial only), but there’s more. You can also transfer these …

END_OF_DOCUMENT_TOKEN_TO_BE_REPLACED
Posted in Microsoft,Xbox 360 by Chris Weber on July 10th, 2007 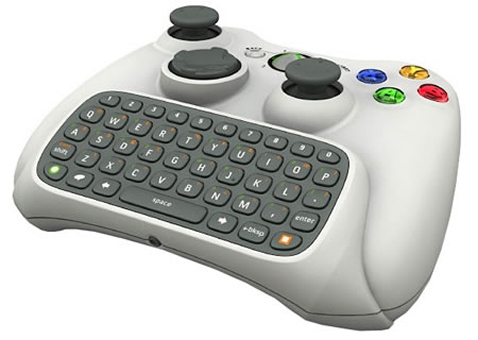 We’ve been waiting for this QWERTY controller attachment for the Xbox 360 since we first heard about it last April and now we’ve finally got a price, release date and a name to go along with it.

The device has been dubbed the “Chatpad” and will come bundled with an Xbox 360 headset as part of the “Messenger Kit” from Microsoft. This kit runs $29.99 which really isn’t out of line from what we were expecting for the keyboard alone. The headset just turned out to be kind …