Posted in Mobile Phones by Conner Flynn on April 5th, 2010 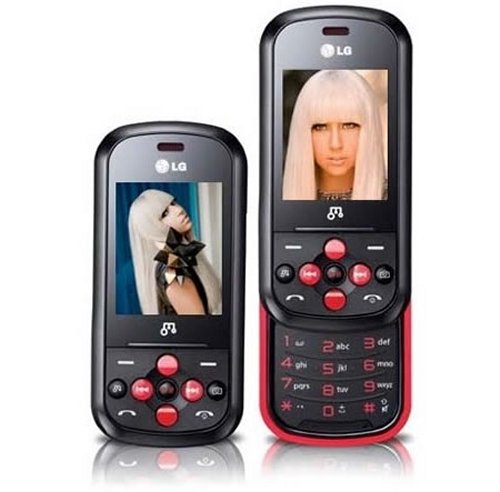 Lady Gaga. You can’t escape her, no matter what radio station you play or where you are. And people are in love with her out there music videos. Now that she’s hit the bigtime, Lady Gaga now has her own mobile phone devoted to her.

It’s LG’s GB280. The phone comes with some neat wallpapers as well as songs like Paparazzi, Dance in the Dark and Bad Romance. As far as specs, the phone has a 2 megapixel camera, stereo Bluetooth, media player, FM, email, browser, Dolby mobile sounds and GSM/EDGE connectivity. 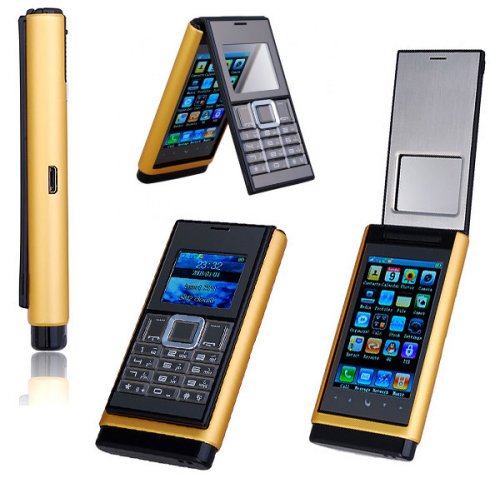 Merge an iPhone with your standard flip-phone and you get this thing, which looks like a cross between an iPhone and the Star Trek communicator. It’s the N933 smartphone. There’s no branding As far as we can tell, but it also has Apple’s iPhone interface.

When the flip is down, it looks just like any budget phone. Nothing great here when it comes to features. If you want one, it will cost you $129.99. 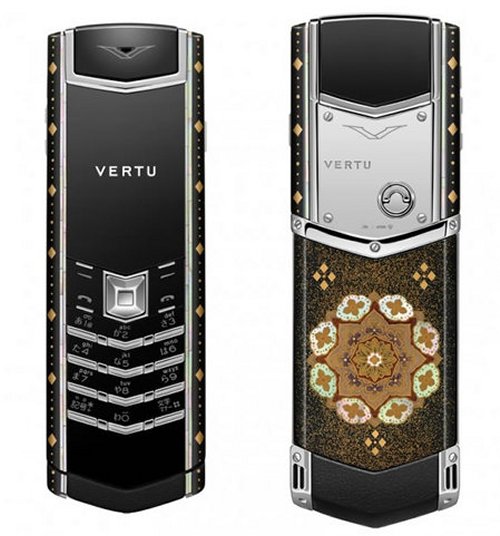 Vertu is outing four cool new models for their upcoming anniversary. These include the Kinko, Kikusui, Nanten and Daigo. These have real gold all over and as usual it costs a ridiculous amount to get mediocre specs.

If you have a spare fortune and don’t believe in charity, you’ll want to buy one as soon as possible. $215,000 is just pocket money. All four of them sport unique and cool designs. Try not to get mugged because of your phone. 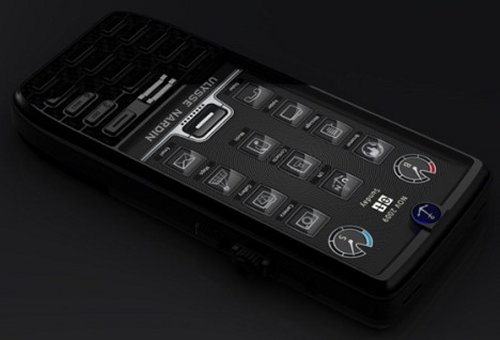 If you’re looking for an Android powered luxury phone, check this one out. Hopefully you have a spare $49,500 to buy this updated Ulysse Nardin Chairman phone. It has to be the most expensive Android phone ever. At least until they do it up in gold and diamonds and jack up that price.

Originally the phone was to be powered by Windows Mobile, but now it has the Android OS. Some features include a 3.2-inch capacitive touchscreen display, fingerprint recognition, 3G, a Facebook app preloaded, 8-megapixel camera, HD video playback, 32GB internal memory, and an ARM-based Freescale i.MX processor. 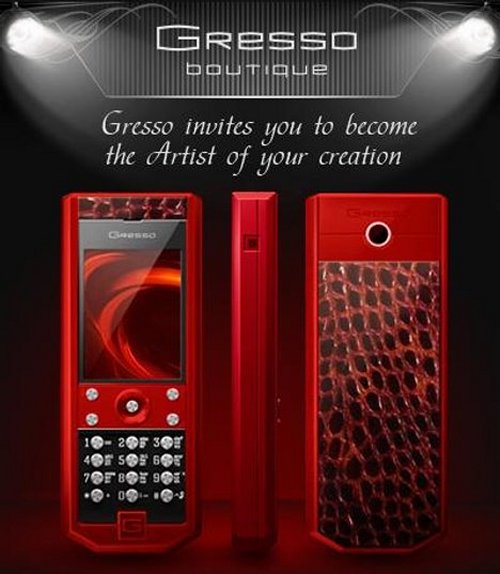 Would you like to be able to customize your phone anyway you want? Have it match your dress or shoes? Gresso is offering just such an opportunity with an Online Boutique, where you can choose from almost 40 combinations to create a unique cell phone that screams you.

If you want, you can even get your initials or an inscription engraved on the inside. If this sounds good to you, then we’re hoping you have the necessary scratch in your bank account as the starting price of the phone is $2,200.

Just as expected, AT&T has made the Motorola Backflip available today marking the first Android iPhone competitor available through the carrier with more to follow. The Backflip is available for $100 with a 2-year contract or $350 straight up. So, who’s in? Or are you going to wait to see what the other four AT&T Android phones are bringing? 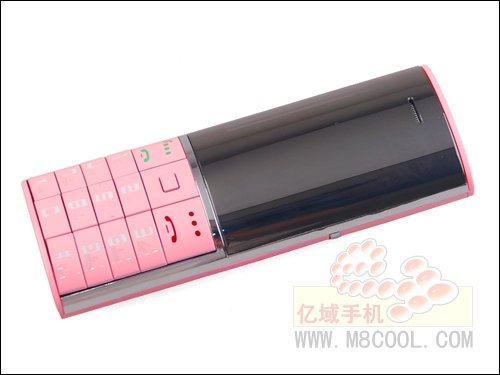 Here’s an unusual phone design. It has curves in all the wrong places. It has a fully curved display, which is kind of cool, but not very practical. The Energy 888D is unusual for sure.

We don’t know very much about it, but whats to know? It has curves and a pink finish. That should be enough incentive to stay away. The clip on the back will make sure that it is always with you, since it’s not pocket-friendly. 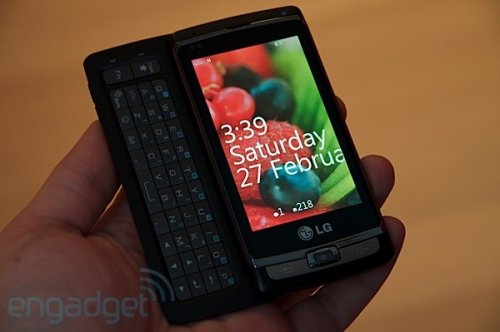 LG’s first Windows Phone 7 handset, which was recently shown off at the Engadget Show, will apparently be called the LG Panther. Silly name, we know, but at least it isn’t the Pink Panther.

The rumored name comes from the UK site Best Mobile Contracts and while we don’t yet know if there is any basis in fact for this, we do know that LG likes weird names. And lets face it, many of you don’t care what it’s called, you just want one. 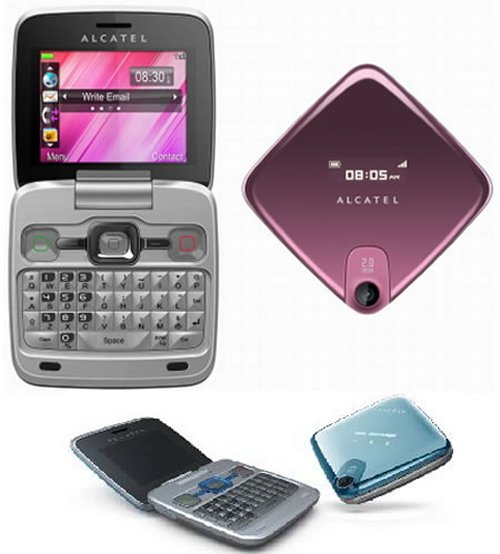 Here’s something you don’t see everyday. Alcatel’s OT-808 phone looks a lot like a mini notebook. It has a cutesy look that we imagine will appeal to women. It’s a clamshell obviously and comes with a QWERTY keyboard, a 2.4 QVGA, a 1.1 inch OLED display, Bluetooth, FM, Opera Mini browser, a 2 megapixel camera, social networking, email and instant messaging support.

The dual band GSM phone will cost you $125 and comes in n assortment of notebook colors. We are curious how many of these they will actually sell. 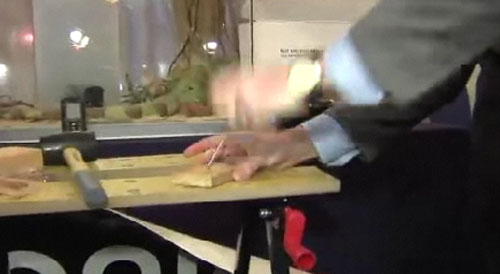 One of the most embarrassing things I have seen happen to a manufacturer at CES happened this year when Sonim challenged people to break its indestructible X3 handset. One guy from BBC succeeded, thwarting all claims of being indestructible. Sonim is showing off its new XP2 Spirit at MWC and letting people beat the thing up.

This time around, the handset is called “nearly unbreakable” and people are beating the device up pretty good with a tool belt featuring nails, wood, sand paper, and other torturous devices for which to work on the smartphone with. The handset is the firms first 3G offering. 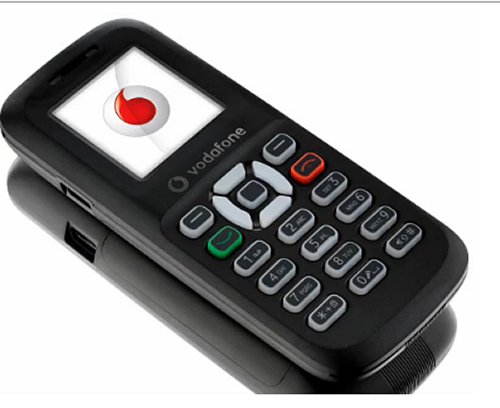 Vodafone has announced a pair of handsets they are calling the cheapest mobile phones in the world. Both handsets, the Vodafone 150 and the Vodafone 250 are aimed at emerging markets and are manufactured by Chinese vendor TCL.

The Vodafone 150 will be just $15.00. You get a basic phone with a 1 inch 96 x 64 monochrome display, polyphonic ringtones, dual-band GSM, a currency converter, an alarm clock, 2 embedded games and a built-in “torch”. No camera but it does give you voice calls and SMS and a built in mobile payment service. 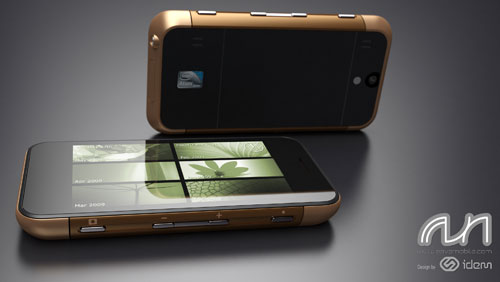 In the mobile phone and tablet world there a number of open source operating systems that are available on devices. The open source Os’ tend to help reduce the price of the device and lure in buyers who aren’t fans of Microsoft and other closed OS’.

Aava Mobile has unveiled a new reference design for a smartphone and tablet device that runs an Intel Atom processor. The design measures 64mm x 125mm x 11.7 mm making it one of the thinnest x86 smartphones available. 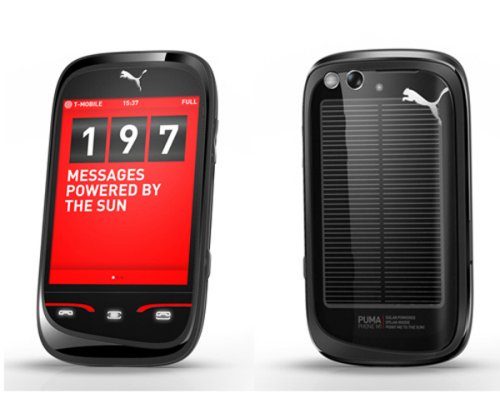 Puma has teamed up with Sagem for a sporty new mobile phone, the Puma Phone. The Puma Phone features a solar panel on the back of the handset that will charge the phones battery when you are out and about in the sun.

The phone features a 2.8 inch QVGA TFT capacitive touchscreen display with a resolution of 240 x 320 pixels, a 3.2 megapixel camera with LED flash and six times digital zoom. There’s also another forward facing camera that can be used for VGA video conferencing. 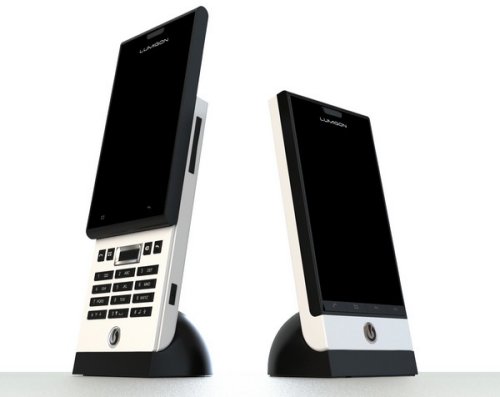 You can tell just by looking that these phones come out of Denmark. In all, three sexy additions to the Android lineup from Lumigon Corp. The T1 and S1 are both shipping before July, the S1 offering a sliding T9 keypad. Both feature Android 2.1, Freescale processors, 720p output over HDMI, FM tuning and broadcasting, and the ability to act as a universal remote when you are just chillin.

The E1 is arriving later with a “unique navigation system and shape never experienced in mobile phones.” No pictures have been released just yet, but judging by what we see above, it should be beautiful.

Not everyone wants or needs a high-end smartphone. Some users want a simple device that is easy to use with basic functionality. This is especially true for older users with poor hearing and vision. Emporia had been selling mobile phones aimed at older users for a while and has unveiled its latest handsets at MWC.

The new Elegance is set to hit in Q2 2010 and will operate on GSM 900/1800 networks. The device has a 1.8-inch OLED screen and supports text and talking. Standby time is 250 hours and talk time is three hours.