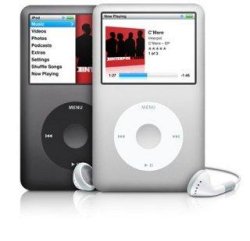 It had been thought that the iPod Classic would be discontinued. It was introduced nearly ten years ago after all. Last September Apple introduced new iPod models for every line except the iPod classic, so people just assumed it was going to be ditched. The iPod classic is still available, but has not been updated since September of 2009, again fueling speculation.

Well, when you want answers it is best to go straight to the source. So someone emailed Apple CEO Steve Jobs back in September after the device failed to receive an update. Steve responded, telling them that the company has “no plans” to discontinue the iPod classic. You can all rest easy now.

The iPod classic’s popularity has been on the decline for some time. After all, wouldn’t you rather have an iPod Touch? Well, it’s popularity continues to decline daily more and more as reflected by its stock at several retailers.

On Apple’s online store, the silver iPod Classic will ship in one to three days, compared to 24 hours just last week. Best Buy’s website notes that the same color has gone from one-day shipping last week to being backordered by one to to two weeks. That says a lot. It says that very soon the device will be left alone to completely rest in peace. Obviously the iPod classic line will be phased out very soon. It’s sad really. 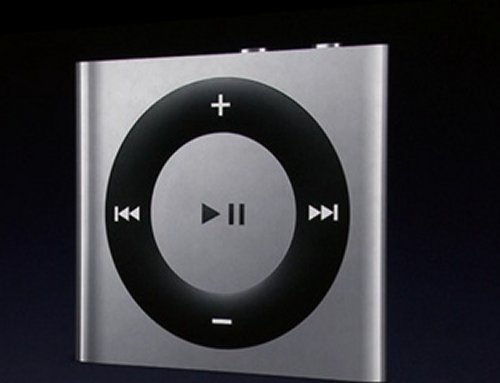 Well, we knew it was coming and sure enough Apple has just announced a brand new, re-designed iPod shuffle that looks pretty neat. The buttons are back, and this version has up to a 15 hour battery life.

It comes in five colors, and will cost $49. You can pre-order it today if you can’t wait and it will ship next week. 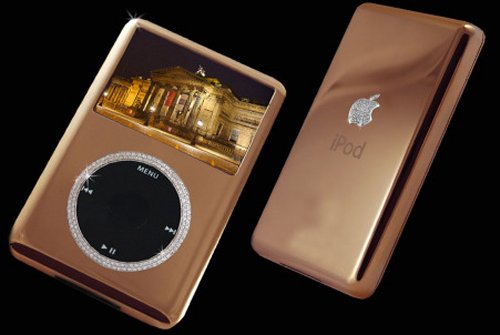 We’ve seen the 3GS Supreme Rose, so it was inevitable that at some point that they cover an iPod in gold too. Stuart Hughes is at it again and this time it’s an iPod.

It will cost you $95,000. Non douches need not apply. The iPod features 263 grams of 18k rose gold, a platinum rear Apple logo with 53 diamonds and a platinum navigation button on the front with 4.5ct of diamonds surrounding it. 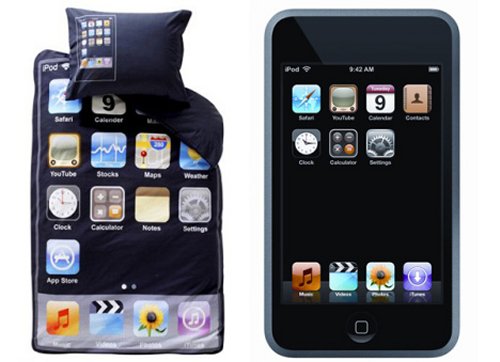 This is how the true Apple fanboy/girl sleeps. Why leave your precious iPod Touch every night when you can sleep with it. In it. It’s like you are part of the OS, all snug and cozy in your case.

You get the covers that look like an iPod touch and a matching pillow. Only $49. Does that mean you can’t get new blankets until they do a firmware upgrade? Me, I’d rather sleep in a Zune. I just need more space.

Apple announced an updated Shuffle that features new colors for you to choose from and even a special stainless steel version. Pink, green, blue, silver and black specifically. The controls remain on the headphone cord, but according to Apple there are a bunch of manufacturers who will be offering headphones with the buttons, which I know is good news for may of you.

That familiar disembodied voice you’ve come to know and love has another job now as well. It will give you info on your battery life. The prices, like the songs on your shuffle, remain the same. $59 for 2GB and $79 for 4GB. 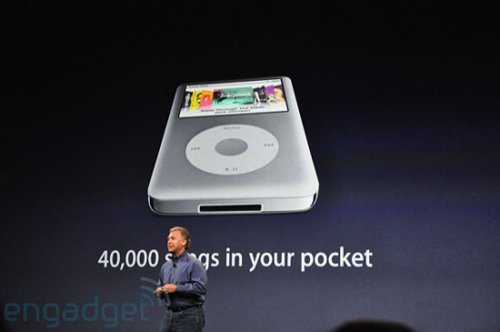 According to Apple, the rumors of the iPod Classic’s death have been greatly exaggerated. They proved it by announcing that they will keep the iPod Classic alive, but give it a nice capacity bump.

Up until now the largest size iPod classic held 120GB, but now it will hold 160GB of music. That’s like 40,000 songs or 2 Pink Floyd albums. The rest of the good news is that Apple decided to sell it for the same price of $249. So now the classic can rest in storage, not in peace. Put the eulogies down and dry your eyes kids. Uncle Steve loves ya. 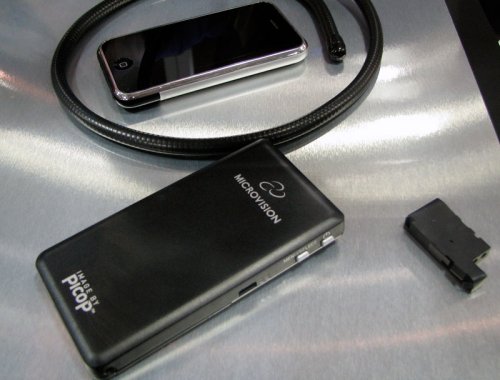 With every release the iPhone and iPod gets more powerful and Apple just might be looking into integrated micro projector technology for future iPhones and iPods. It would allow your media to be shared with your family and friends whenever you wanted. It may just happen if you believe the Taiwanese rumor site DigiTimes.

According to them Foxlink, a subsidiary of Apple’s iPhone manufacturing partner Foxconn, is currently developing its own micro projector technology that should begin making its way into integrated devices as early as this year. Apple is on the list. 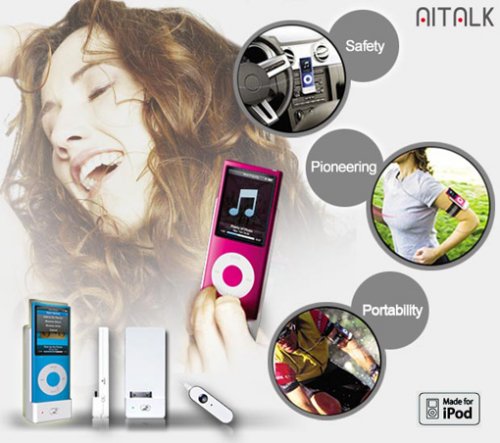 Aibelive has introduced the AITALK voice controller for the iPod. The device supports multi-language and allows users to activate or change music tracks using their own voice.

The AITALK makes it easier for iPod users to listen to the music in certain situations, like while driving, doing exercises or when their hands are otherwise engaged with other activities. No info yet on pricing or availability. 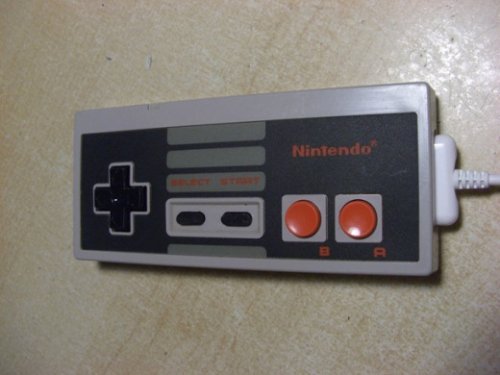 We’ve seen plenty of casemods, but the NES will always give us a warm tingly feeling. The nesPod is the work of flickr user recycledgamer. It’s a gutted NES controller and an iPod mini from around 2004-2005. The back has been cut out for the screen and clickwheel.

And that’s all there is to this mod. Pretty simple. NES in front, iPod in back. Your gaming mullet controller has arrived.

END_OF_DOCUMENT_TOKEN_TO_BE_REPLACED
Permalink | Comments |
Posted in iPod by Conner Flynn on May 31st, 2009 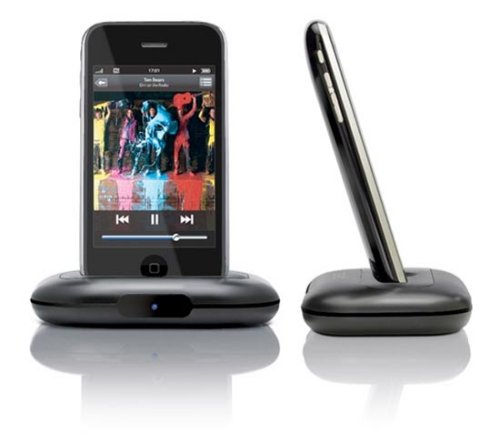 GEAR4 has announced the ChargeDock. They describe it as a “great looking and superbly functional home docking station for iPod and iPhone”. Isn’t that what all docking stations should aspire to be? When you toot your own horn like that, it makes us not that into you. Just fyi.

The ChargeDock claims to include all you need to sync and charge your iPod and iPhone wherever you happen to be using them. You can charge from the AC power supply, or via USB, with the USB sync cable for syncing with your computer’s iTunes library, without having to remove the device from the dock.

END_OF_DOCUMENT_TOKEN_TO_BE_REPLACED
Permalink | Comments (1) |
Posted in iPod by Conner Flynn on May 27th, 2009 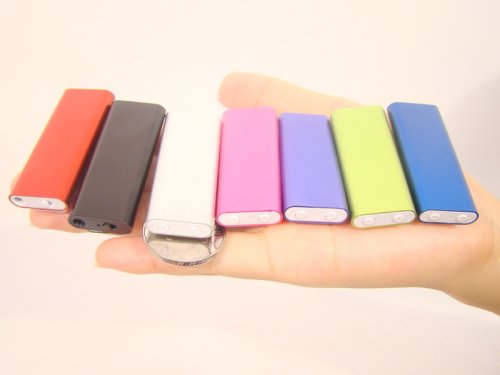 Somebody is always cloning an Apple product. I guess Apple should take that as a compliment. Here’s a fake iPod Shuffle 3G that appears to be large enough to be an iPod nano. We aren’t sure what’s actually inside as it weighs just 14 grams.

Well, we do know that it has an integrated FM tuner with audio recording, a phone book, and an e-book reader. Which is quite a feat as it has no screen. If you want to know more, I suggest you drop the necessary $23 and try to use it with ebooks.

END_OF_DOCUMENT_TOKEN_TO_BE_REPLACED
Permalink | Comments (2) |
Posted in iPod by Conner Flynn on May 26th, 2009 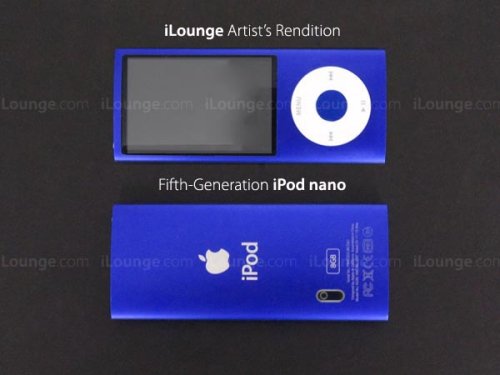 Above is a possible snapshot of what the iPod nano 5G will look like, featuring a widened 1.5:1 aspect ratio while still keeping the Click Wheel from prior nano model, which sadly means no touchscreen controls here. A digital camera has also been included in back, although the placement might have your hands blocking it.

It will debut at the same time as the new iPod touch, which is sometime between July and September. Apparently, the next-generation iPhone will come in six versions: two storage capacities each for 3G, enhanced 3G (“3.5G/3.75G”), and China versions of the phone, which will have the same size and general design of the current model, but with a less scratchable matte plastic body.

END_OF_DOCUMENT_TOKEN_TO_BE_REPLACED
Permalink | Comments (1) |
Posted in iPod by Conner Flynn on May 20th, 2009 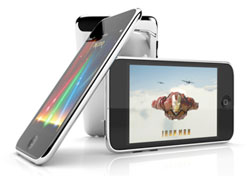