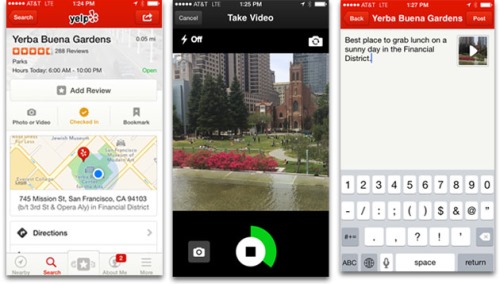 Yelp announced today that people who wish to post reviews on their site will be able to add up to 12 seconds of video. They have allowed users to post pictures with their reviews but the addition of video will allow the reader to experience the atmosphere of the business.

Yelp already has a plan to make sure that all the videos are screened prior to them being added to the site. This screening process will make sure that no unsuitable videos are posted and it will allow the most useful videos to move to the top of the review.

This new feature is expected to roll out in early June to their “elite users” prior to it becoming available to everyone else a little later in the year. They have over 23,000 pictures uploaded to the site every day, this new feature looks like a great addition.