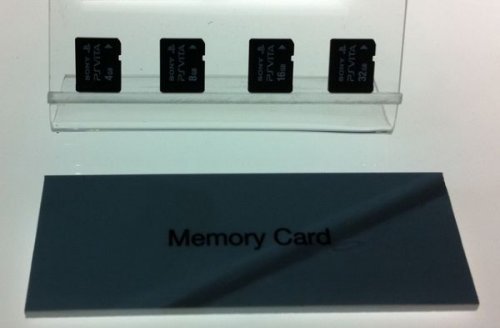 When is an SD card not an SD card? When it’s in the Sony Vita. The new handheld’s internal memory cards look like SD cards, but they aren’t. The above pic was snapped at E3.

They are very close to being SD cards, only there’s a little notch in the side, making them a proprietary form of storage. We have no idea what they will cost, but hopefully we will hear more soon. Most would have preferred SD cards, but I guess Sony felt different.