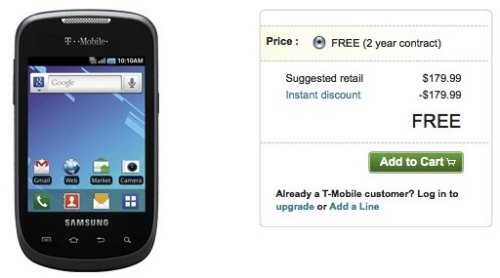 It’s not a surprise, but T-Mobile has confirmed some earlier rumors involving three Android-based phones from Samsung. The Samsung Exhibit 4G and Gravity Smart will both be launching on June 22nd, and the Samsung Dart is available today for free with a two-year contract.

The Exhibit 4G is the highest-end here, with a 1GHz Snapdragon processor and Android 2.3. The Gravity Smart has Android 2.2 and a QWERTY keyboard, while the Dart is a low-end mystery as far as specs are concerned. We do know that it has a 600MHz processor and 3.1-inch QVGA display.