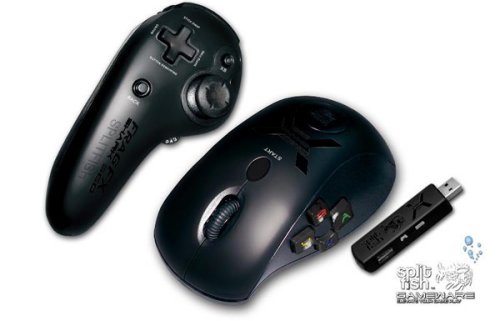 Splitfish is bringing its PC and PS3 mouse controller to the Xbox. However this version needs a wired Xbox 360 gamepad to act as an intermediary between itself and the console. Seems an odd design choice. The wired controller plugs into the Shark’s wireless USB dongle, while the “fragchuck” and mouse are completely free of wires.

It doesn’t sound like a setup that I would want to deal with but if you want to give it a try, it will be available in late August.