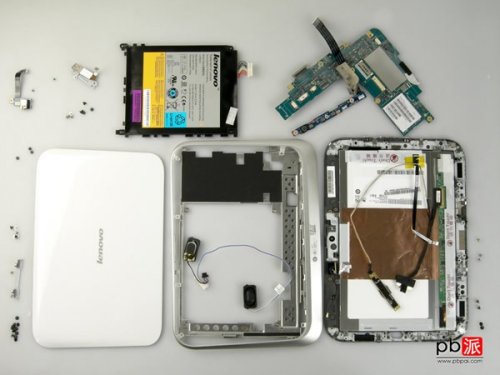 Lenovo’s LePad finally showed up in China back in March. Nothing in the states, though we may see it eventually under a new name. And since we can’t have the tablet on our shores, here is the next best thing. An autopsy that splays it’s parts every which way, hopefully done with sanitized and clean instruments, so as not to cause infection. Not that that matters when your insides are all outside.

This teardown comes from IMP3. There aren’t many surprises, but it’s always fascinating to see under the hood. The LePad has a 1.3GHz Snapdragon chipset with Adreno 205 integrated graphics and an internal 27Wh battery. It’s also packs in Toshiba flash memory and a Wolfson audio processor.