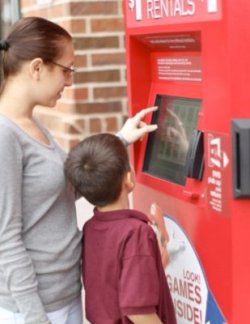 Redbox has announced today that it will expand to videogames and offer videogames nationwide starting June 17th. The game rentals will be $2 a day and include titles for PS3, Xbox 360 and the Wii. So they have your gaming rentals covered.

The company has been testing the service at about 5,000 locations for some time now and that will be expanded to 21,000+ other locations now. Not a bad price to try before you buy and anyway some of these games are so short, you can complete them in an evening, so it’s a good deal.