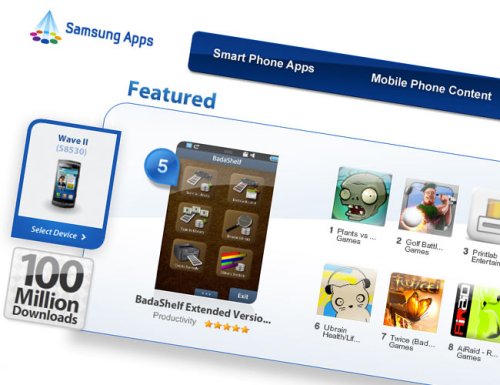 Samsung must be breaking out the champagne right about now, since its App Store has passed 100 million downloads of mobile and TV applications. That didn’t take long. Samsung’s App Store was opened in June 2010 and now has a total of 13,000+ apps for users to download onto their Samsung mobile phones and TV’s. And users have been doing just that.

Users in France downloaded the most, followed by Germany and Spain. Those three countries account for 40 percent of the total downloads recorded. Europeans obviously love what Samsung is offering. Sure those are not Apple numbers, but we are talking Samsung not Apple.