Posted in Samsung by Conner Flynn on January 20th, 2011 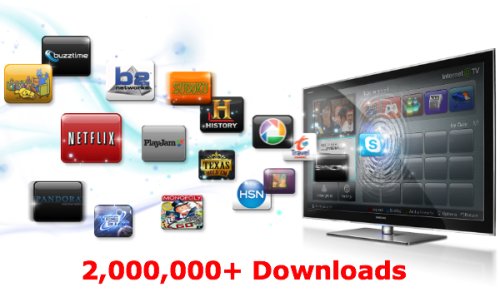 Reaching two million downloads in a year is quite a feat when you are talking about apps from a TV maker and it’s the largest number we’ve seen from a TV maker as well. Today Samsung’s app store is available in over 120 countries and features roughly 380 applications, 259 of which are totally free.

It also helps that they have already sold tons of Smart TVs and plan to ship 12 million more in 2011 alone. Samsung definitely has a good thing going here.