Posted in Playbook by Conner Flynn on January 24th, 2011 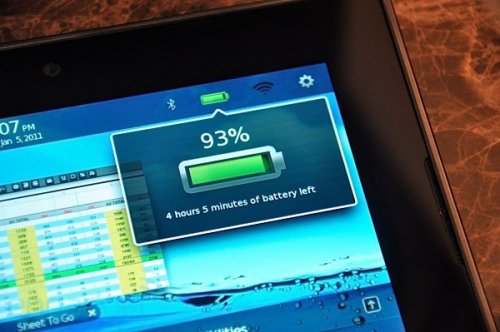 Lately RIM has been saying that its PlayBook slate would have “comparable” battery life to the iPad, but now it is going one better. The company’s senior business marketing VP Jeff McDowell has promised that the PlayBook will offer “equal or greater” battery life than Apple’s device, while using a smaller cell size. It’s an impressive boast.

If they can deliver what they claim, then the iPad needs to pay attention. Many people consider the battery to be one of the iPad’s greatest strengths. They have until that March launch to turn this claim into a reality.