Posted in Tablet PC by Conner Flynn on January 18th, 2011 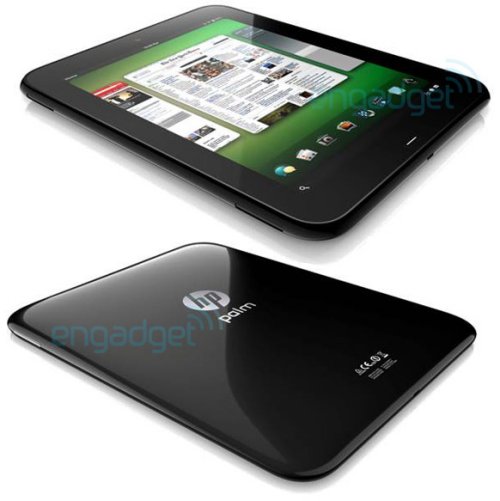 A tipster sent some internal renders of HP / Palm’s “Topaz” webOS tablet to the folks over at Engadget, which is one of two tablets currently developed by HP/Palm. The two tablets are the 9-inch Topaz and a 7-inch model codnamed Opal. As you can see in the render, it sports the no-button design, a front-facing camera, a micro USB port on the bottom, and what looks like a three speaker arrangement.

Word is that units will start to arrive at Palm HQ in June, with a launch later this year. The WiFi-only, AT&T 3G, and Verizon LTE versions of the Opal should arrive in September 2011, and on AT&T LTE in July 2012. No info on pricing yet.