Posted in ebooks by Conner Flynn on January 3rd, 2011 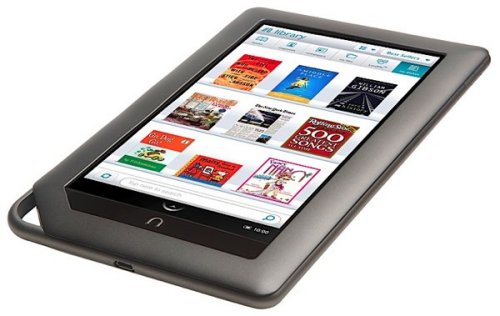 Barnes & Noble hinted at the fact that the Nook may have led to a major turnaround in its business. They certainly needed it. The company said that its “comparable store sales,” or those at large stores open for more than 1.25 years, were almost double what they had expected, at 9.7 percent. So what happened? Not surprisingly, they credited sales of Nook e-readers to the overall spike and to having its best-ever single day of sales on December 23. Seems like the Nook has saved the day.

The company said that more details will be made available on January 6. The company’s paper sales have been declining, especially at retail, so they have turned more toward digital devices and Apple-style displays that push the Nook.