Posted in Tablet PC by Conner Flynn on January 24th, 2011 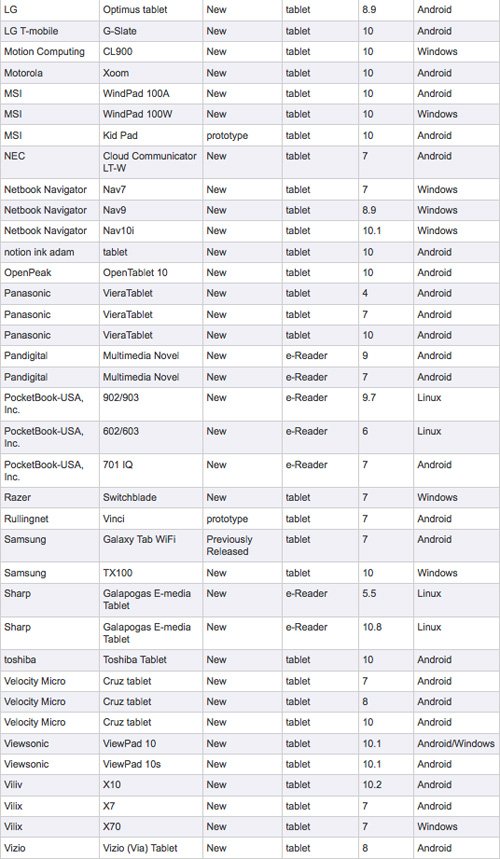 An unofficial count from Shawn Dubrovac has revealed the sheer numbers of tablets that have leapt onto the tablet market following the early success of the iPad. The list shows that at least 100 tablets and crossover e-readers have shipped, including not just major names like the BlackBerry PlayBook and Motorola Xoom but also newcomers like Enspert’s Identity Tab line and the Notion Ink Adam. The list includes 24 generic tablets at Freescale’s booth as well.

And that is not even a complete list. It doesn’t include some close relatives, like Enspert’s S200 VoIP Home Hub, and devices that have been confirmed officially but weren’t formally unveiled at the show.