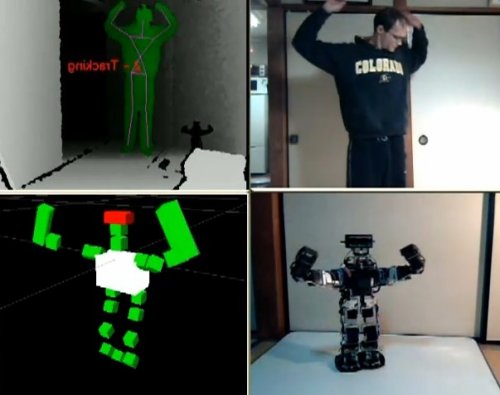 We’ve seen Microsoft’s Kinect sensor hacked to do a whole bunch of stuff, and now someone is using it to control a robot using the sensor. Let’s stop this madness now. Before you know it, we will be facing robot armies controlled from some dudes living room.

The robot is dubbed the Veltrobot, a gyro-stabilized robot with some nice limb movement. The system maps the Kinect output onto a skeletal frame, transmitting that information to the robot, which may or may not venture outside to hurt others.