Posted in Google by Conner Flynn on December 6th, 2010 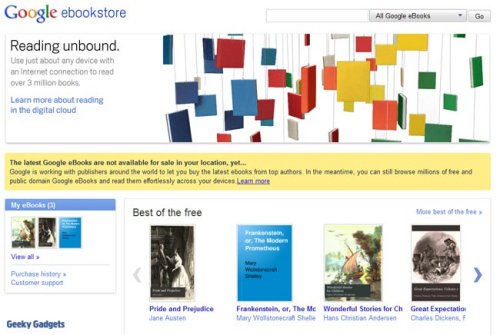 The big G says that their eBooks are compatible with a wide range of devices, including most smartphones, tablets, e-readers and netbooks. In addition they are also launching free applications for Android and Apple iOS devices, and the apps are already available in the Android marketplace and the Apple App Store.