Posted in Speakers by Conner Flynn on December 21st, 2010 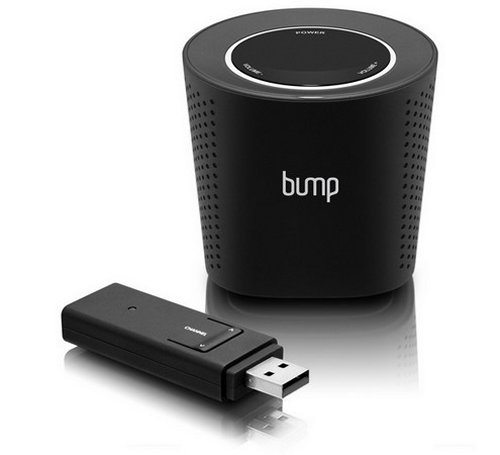 One thing that we all want are speakers. Without the wires. Aluratek has heard our collective plea and launched three new wireless audio products called Bump. Oddly there’s a wired model among them, but whatever. There’s the $49.99 AMS01F, which is a boombox that plays music from SD cards, line-in, or FM and delivers six hours on a charge.

Next up is the $79.99 AUWS01F which uses a signal sent from a 2.4GHz USB dongle in your PC or Mac to play tunes from your machine. Next is the $99.99 AWS01F, which is the AMS01F boombox with the addition of a separate wireless speaker.