Posted in Tablet PC by Conner Flynn on November 22nd, 2010 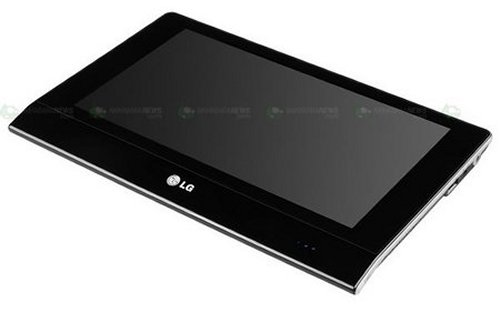 Slashgear had reported on an LG tablet hitting the FCC for testing and approval last month and LG has finally unveiled device. It’s called the E-Note H1000B and it has been officially unveiled in Korea, looking very much like a mini LG TV.

The 10.1 inch touchscreen tablet is powered by an Intel Atom Z510 or Z530 processor along with 1 GB of RAM and a 16GB SSD for storage. Windows 7 Starter edition is running the show, but it can be upgraded to Windows 7 Professional.