Posted in iTunes by Conner Flynn on November 23rd, 2010 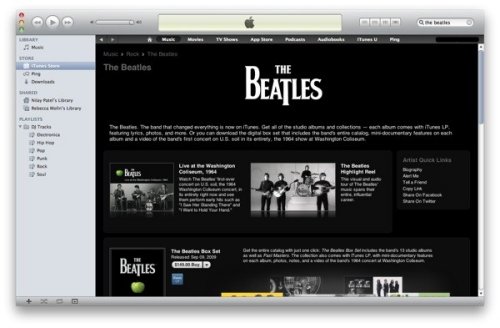 The Beatles’s first appearance on a digital store has led to a dramatic uptick in sales, according to data from Apple. About two million individual tracks and 450,000 albums were sold on iTunes in the first week alone.