Posted in Google by Conner Flynn on October 5th, 2010 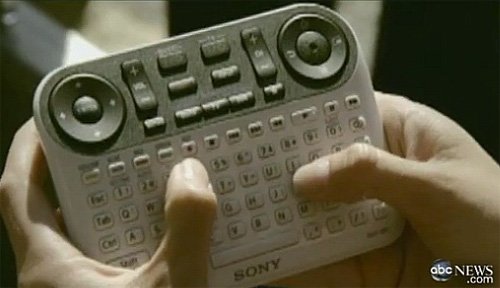 Sony’s Google TV controller has been leaked ahead of schedule, showing up on an episode of NBC Nightline. The controller looks like it combines a full QWERTY keyboard with two directional pads, your usual volume/channel controls for the TV, and a variety of playback buttons. The large layout leaves room for extra button rows with numbers and shortcuts for other functions. It looks pretty good.