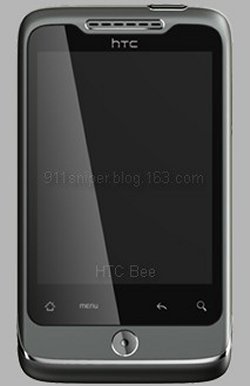 The HTC Bee will feature an Android operating system and is slated to be a CDMA model. Some of it’s features include Android’s Froyo operating system, a 528MHz Qualcomm processor, 384MB RAM, a QVGA display of unknown size and a 5-megapixel camera with flash.

These specs are coming from a Russian blog. From what we know, the HTC Bee looks like it will be a more affordable Android phone. Nothing on price just yet though. It’s rumored for Verizon.