Posted in twitter by Conner Flynn on September 14th, 2010 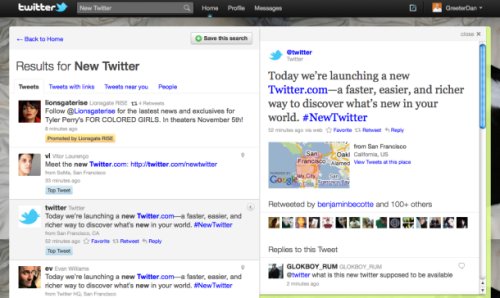 An infinite scroll feature will load older updates on the fly instead of having to manually click for them. The updated page is going live tonight as part of a limited preview, so not everyone will see it. Everyone should be able to access the updated site over the next few weeks though.

It won’t be long.