Posted in Samsung by Conner Flynn on September 23rd, 2010 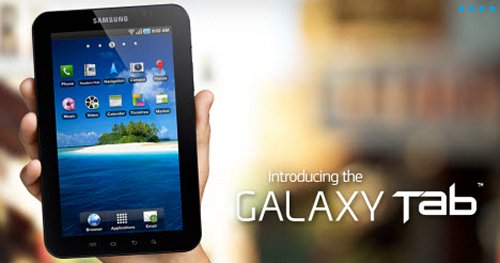 Samsung Mobile UK manager Gary Twohig revealed in an interview with SiliconRepublic that a 10-inch version of the Galaxy Tab will be released during the first half of 2011. The devices, including the seven-inch version, will not have a Super AMOLED display, but the displays will be capable of displaying HD video. The 10-inch Galaxy Tab will still have a version of Android, but we don’t know if it’s 2.2, 3.0 or a future release like Honeycomb.

Twohig said the first seven-inch tablets will be out near the end of October at O2, Vodafone, 3, Meteor and Carphone Warehouse in the UK. It will have a Sky News app and a few games to showcase the tablet’s audiovisual capabilities. Samsung expects to sell 10 million Galaxy Tabs by the summer of next year globally.