Posted in HP by Conner Flynn on September 8th, 2010 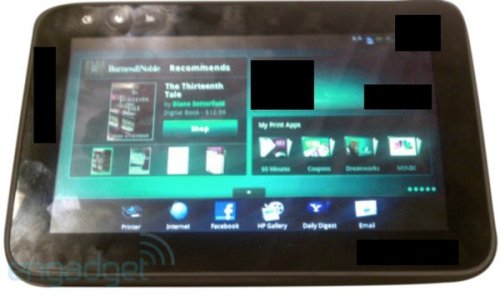 Looks like we now have some pictures of HP’s 7-inch Zeen C510 Android-powered tablet. The stock Android user interface has been removed in favor of HP’s TouchSmart UI and there’s no sign of the Gmail app or Android Market, though an email client is included, along with Yahoo services like Mail and Messenger. Facebook is also onboard.

Nook compatibility should also be included since the Barnes & Noble logo was spotted. The Zeen C510 tablet might show up as early as late September, and it also might be priced at $399.