Posted in Android by Conner Flynn on September 20th, 2010 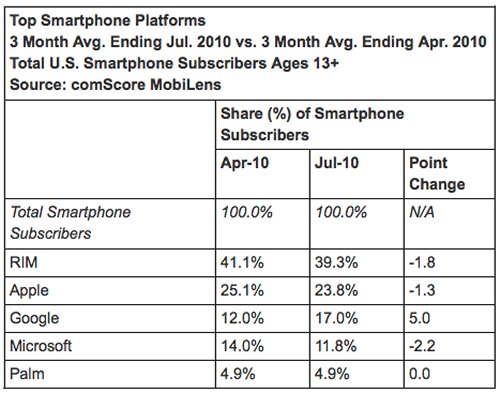 With all of the Android phones assaulting the market, it’s no big surprise to see Android pass Windows Mobile in ComScore’s latest US smartphone report. In July Google was nipping at Microsoft’s heels and now according to the latest data, Android is rising while the competition is falling.

That recent flurry of higher-end Android phones has really paid off.