Posted in BenQ by Conner Flynn on September 2nd, 2010 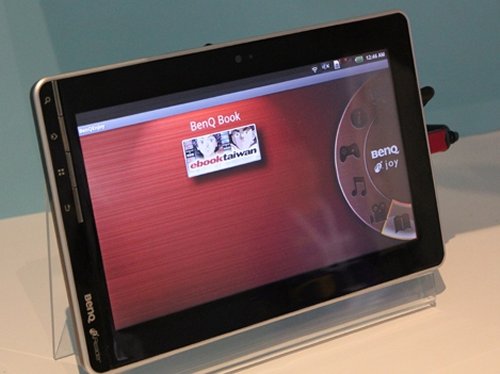 BenQ is known for its computer monitors, and since a tablet is just a powerful monitor wrapped around a computer, they want in on the tablet game too. The company has just announced its Android-powered tablet, called the BenQ nReader R100.

The tablet is powered by a 667MHz Samsung ARM-based processor and is capable of running Android 2.2 Froyo, though we aren’t sure if the device will be shipping with Android 2.2. Some other features include a 10.1-inch 1024 x 600 pixel resistive touchscreen display, HDMI output, 12-hour battery life, Wi-Fi and 3G.