Posted in twitter by Conner Flynn on September 22nd, 2010 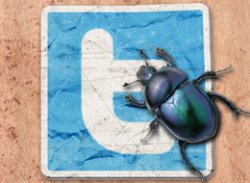 A 17-year old boy from Australia claims to be responsible for that Twitter security flaw yesterday. He might have accidentally set the whole thing off. According to reports, he might have exposed the security flaw by tweeting a piece of code related to the onMouseOver JavaScript function that caused a pop-up to appear when a user moved his mouse over the message.

The code was quickly modified to perform all kinds of unsavory tasks, some malicious. He claims that he modified the idea from another user (a Japanese developer) who used the code to make his tweets colored. Twitter had been notified of the flaw before, and it was patched, but a recent update caused the flaw to rear it’s head again.

The issue has been resolved however, though it shows how fragile the system actually is.