Posted in Toshiba by Conner Flynn on August 29th, 2010 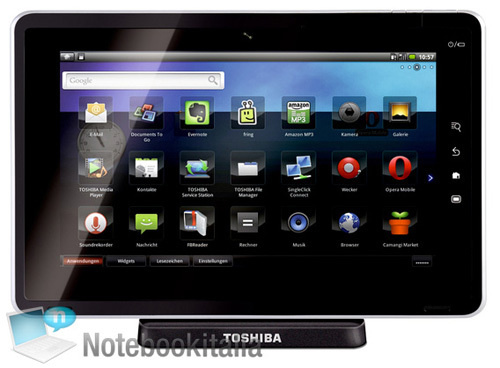 The Toshiba SmartPad will now be known as the Toshiba Folio 100. We now know about the name change, but specs for the Folio 100 have leaked as well and it’s supposed to run Android 2.2. The Folio 100 will have: A Nvidia Tegra 2 processor, multitouch display ,10.1 “widescreen WSVGA (1024x600pixel), 2 stereo speakers and a microphone.

It’s looking like a solid tablet that should do well. Toshiba is also talking about it’s own app store.