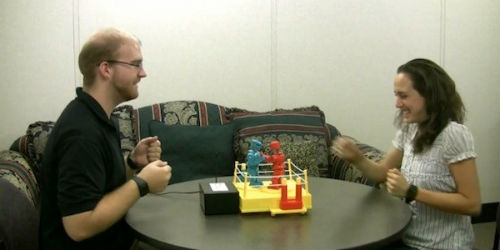 Rock ‘em Sock ‘em Robots have gone all futuristic on us. Zachery Shivers and Anne Flinchbaugh have created a motion-controlled version of the game as part of Texas Instruments’ Co-op Design Challenge. This version, unlike the original has plenty of servos and circuit boards underneath the ring.

Knock his block off.