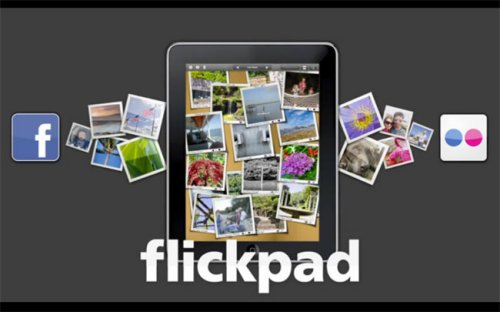 Here’s an easy way to share and view your own and your friends Facebook and Flickr photos using the iPad. It’s a new app called Flickpad, which is available in both a lite and a paid version. Basically the Flickpad iPad App pulls photos from your Flickr and Facebook contacts and displays them as if scattered on a table on your iPad.

It doesn’t replace Flickr, it just allows you to keep up with your friends photos that have been added or tagged that day. Pretty interesting app.