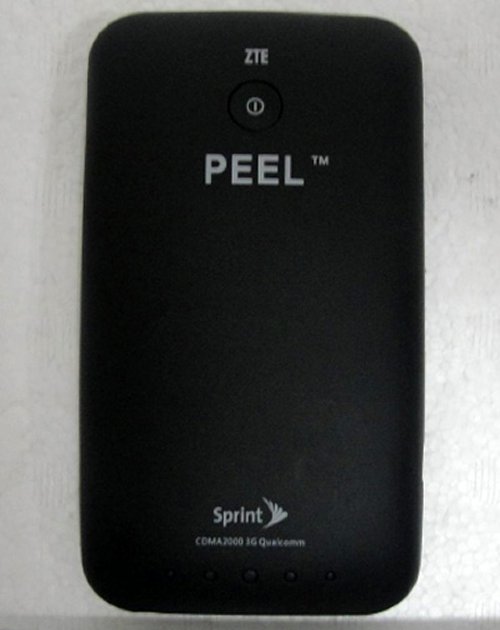 Check this out. An FCC filing has signaled a unique Sprint plan to capture Apple device users. A ZTE device called the Peel would serve as an iPod touch case but would hold a full 3G-to-Wi-Fi mobile hotspot in its back. This would give the iPod and other nearby devices, an always-on 3G connection without needing a separate MiFi.

The Peel’s capabilities aren’t fully known, but it would obviously have its own battery; there’s no Dock Connector or similar attachment to whatever device it would hold. A mini USB port on one side will let owners charge from a computer or the wall power adapter.