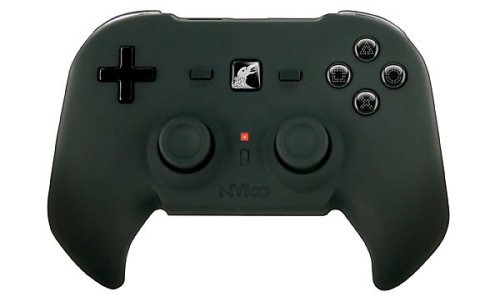 I don’t think I’ve ever seen an uglier PS3 controller. Nyko is describing the feel of these controllers as “silky”. Even if that’s true, it’s like pouring perfume on a pig. The line includes a standard PS3 configuration as well as an Xbox 360 inspired “alternate” layout that flips the position of the left analog stick and d-pad for a more ergonomic feel, despite it’s looks.

Both connect wirelessly to your system via a USB dongle, and will cost $35 later this summer.

What do you think?