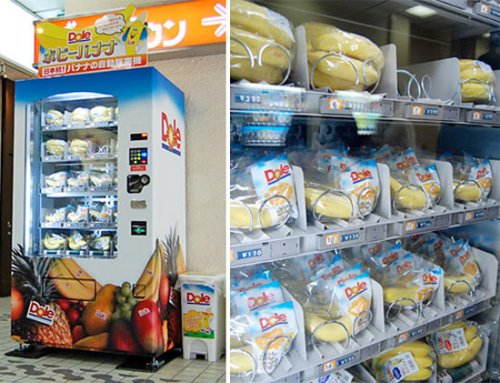 The Japanese put everything in vending machines. I’m surprised they don’t have prostitutes in them, where you can pay and the door opens. Now they even have fresh bananas thanks to Dole’s new machines which are installed in an underground connection at the Shibuya subway station.

Bananas are a hot commodity too. The vending machine was sold out on its first day. A single banana is about $1.50 (130 yen) and a bunch of five or six is almost $4.50. (390 yen) I guess people are willing to pay for a healthier snack.