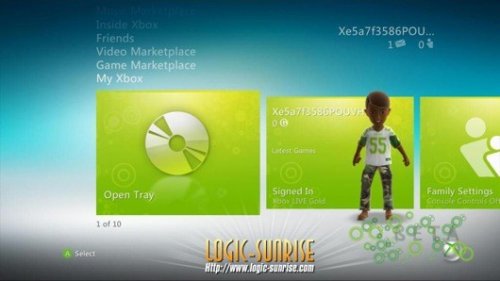 French site Logic-Sunrise has posted shots of what appears to be a new version of the Xbox 360 Dashboard interface. And if you are the skeptical sort, the images have been removed from Logic-Sunrise, replaced by a Microsoft takedown notice. That should make things clearer.

This UI features a “Natal Tuner” application and a “Natal” setup process, which directs requests for help to the @xboxsupport Twitter account.

The console has a new look and a new controller, so it makes sense that they would change the look.