Posted in Headphones by Conner Flynn on July 18th, 2010 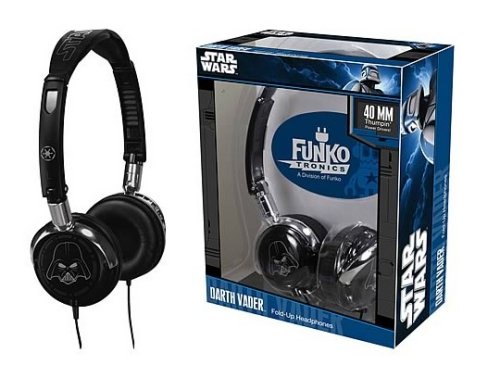 Apparently Funko is now in the headphone business. Their Funko-Tronics division hasn’t wasted any time, as they have just launched 5 different pairs of headphones, designed after Star Wars characters. You have Darth Vader, a Clone Trooper, a Stormtrooper, Boba Fett, and the Rebel Alliance.

No Yoda? No R2? The designs all look pretty neat though and the headphones fold-up for storage and portability. They feature 40MM stereo sound speakers will be released in October for $27.99. Cue the Imperial march.